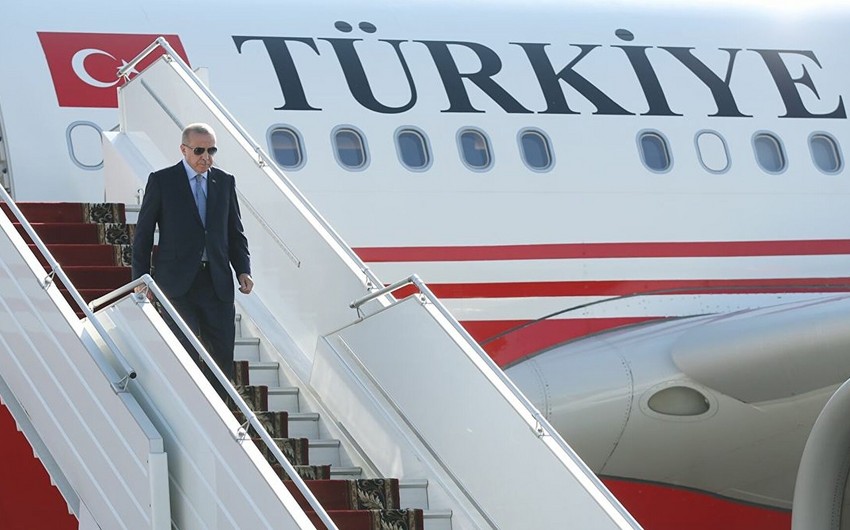 Turkish President Recep Tayyip Erdogan has embarked on a visit to Azerbaijan.

Report informs that the Turkish leader's plane took off from Esenboga International Airport in Ankara.

The visit is taking place at the invitation of Azerbaijani President Ilham Aliyev.

The presidents will take part in the opening ceremony of the International Airport in the city of Fuzuli, liberated from the Armenian occupation during the Patriotic War last autumn.

The two leaders will also participate in the groundbreaking ceremony for the Smart Agricultural Park in Zangilan to be built with Turkey's support.

All aspects of bilateral relations between Turkey and Azerbaijan will be discussed, and steps to deepen cooperation will be considered during the visit.

An exchange of views on current regional and international issues will also take place during the meetings.