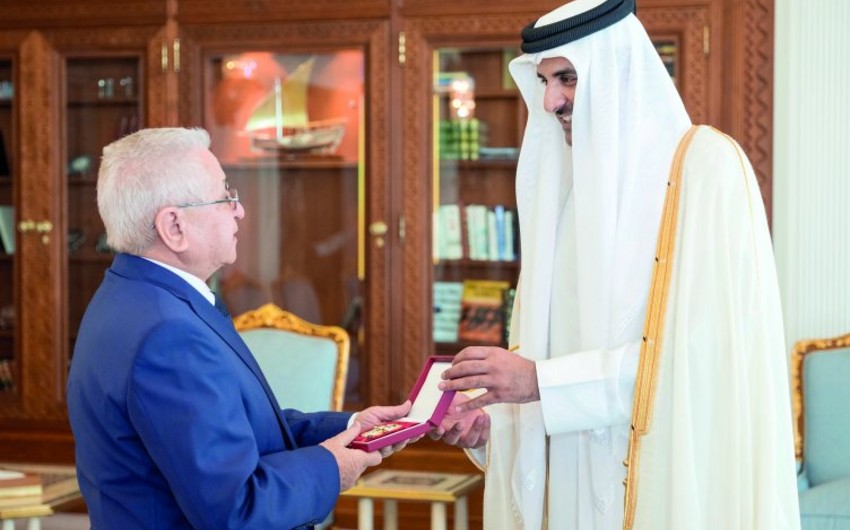 Baku. 17 January. REPORT.AZ/ Emir of Qatar H H Sheikh Tamim bin Hamad Al Thani met at his Emiri Diwan office yesterday with Ambassador of Republic of Azerbaijan to Qatar Tofig Abdullayev, on the end of his tenure in the country.

The Emir awarded Al Wajba Medal to the ambassador in recognition of his efforts and role in contributing to enhancing cooperation between the two countries.

For his part, the ambassador T. Abdullayev expressed thanks and appreciation to the Emir and the officials of Qatar for the cooperation accorded to him that contributed to the success of his tour of duty in the country.