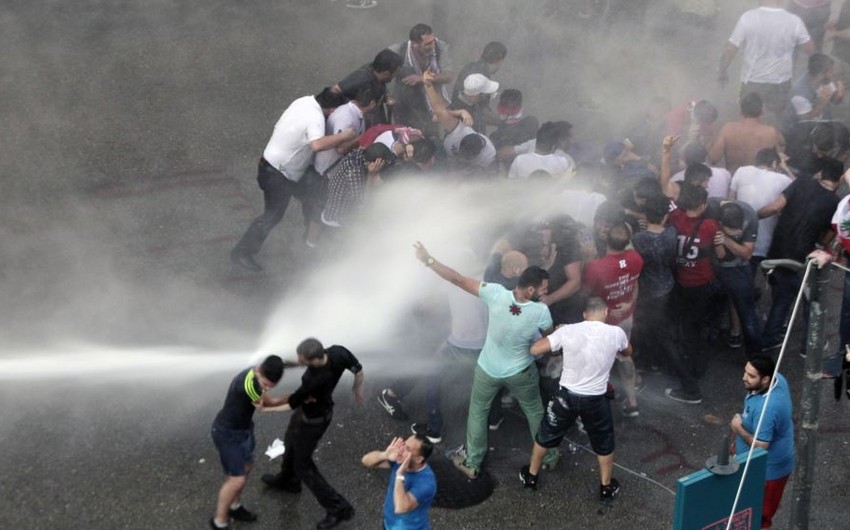 Baku. 26 August. REPORT.AZ/ The Azerbaijani Embassy keeps communication with citizens of Azerbaijan living in Beirut in connection with the ongoing protests there, and encourages them to stay away from the venue of the rally, Report was told by attache of the Azerbaijani embassy in Lebanon Ramil Bagirov.

According to him, now, situation in the Lebanese capital Beirut is stable:" There is no problem with our citizens.There are about 20-30 Azerbaijani citizens in consular registration.It is mostly inhabited by those who built family with locals, and our students.We are keeping in touch with them. We warned them to stay away from rally venue. "

Diplomat noted that the embassy is located far from the venue of the rally.

In recent days meetings was held at the government building in Beirut because of problems with the removal of debris from the streets.Then rallies turned into clashes between police and demonstrators, dozens of people were hospitalized in recent days, police detained more than 40 protesters.