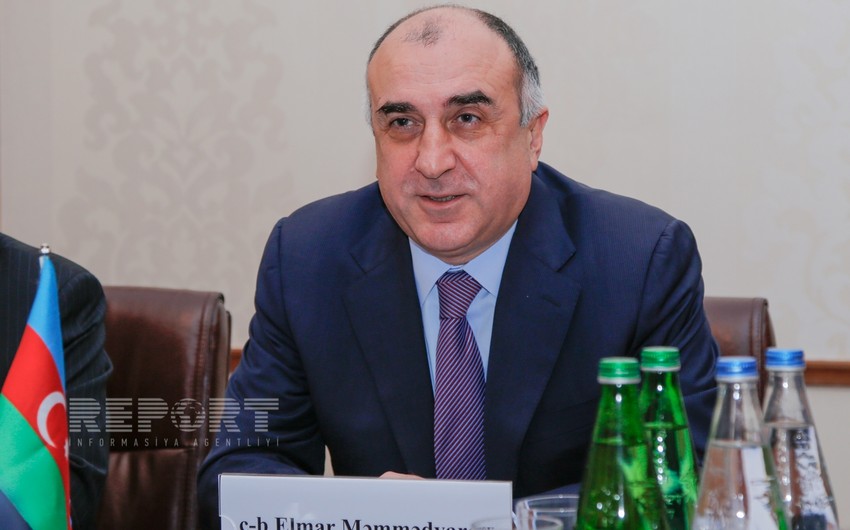 Report informs referring to the press service of Azerbaijani Ministry of Foreign Affairs.

The sides had a broad exchange of views on the development of bilateral relations and prospects of future cooperation between Azerbaijan and Colombia.

Expressing his satisfaction with the current state of political relationship between Azerbaijan and Colombia, Minister Elmar Mammadyarov underscored the importance of increasing efforts for the enhancement of cooperation in the fields of economy, trade and tourism.

Elmar Mammadyarov delivered his congratulations to the people of Colombia on the occasion of signing of the historical peace agreement between the Government of Colombia and the Revolutionary Armed Forces of Colombia (FARC).

Informing the Colombian parliamentarians on the latest status of the Armenia-Azerbaijan conflict, Elmar Mammadyarov noted with regret that due to aggressive and destructive policy of the official Yerevan the conflict has not been solved yet. Minister also emphasized that the fair position of Colombia on the settlement of the Armenia-Azerbaijan conflict in compliance with the well-known resolutions of the UN Security Council is highly appreciated.

He underlined the practical importance of Spanish language courses organized with the support of Colombia at the ADA University.

Daira de Jesus Gulvis Mendez said that her country is interested in expanding cooperation with Azerbaijan in all areas, particularly in the fields of economy and trade. She stressed the necessity of promoting cooperation among the business circles of the two countries, as well as increasing interregional ties. The guests noted that the Baku Humanitarian Forum and issues on its agenda are acute for the modern world.