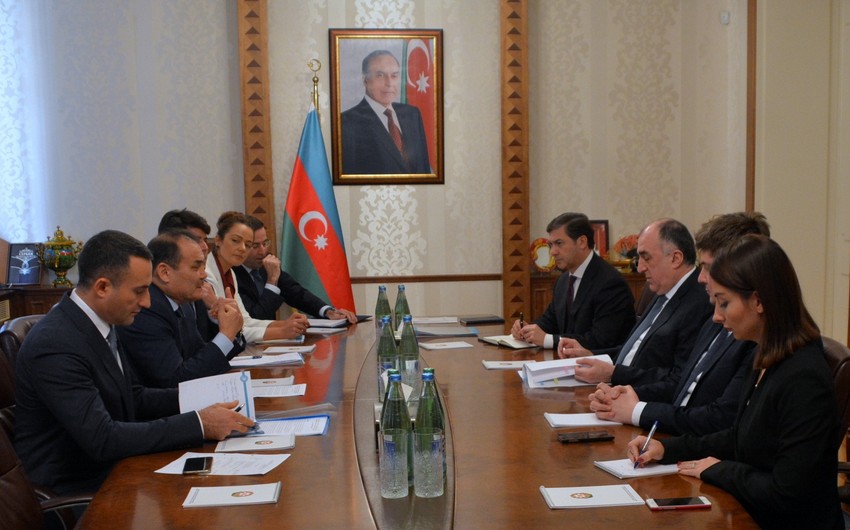 Minister Elmar Mammadyarov congratulated Ambassador Baghdad Amreyev on his election as the Secretary General of the Cooperation Council of Turkic-Speaking States (the Turkic Council).

Amreyev vowed that he would spare no efforts to further develop the Turkic Council based on the decisions taken by the Heads of State. He expressed his assurance that Azerbaijan as always will support his activities. In this context, the historical significance of the establishment of the Turkic Council as an international body at the Nakhchivan Summit in 2009 was emphasized.

At the meeting, prospects to promote and support the existing common language and cultural heritage among the Turkic Council’s member countries and peoples according to the current tendencies and reforms to be undertaken for this purpose were discussed. It was noted that there is a great potential for further development of economic, trade and tourism relations between our countries. The sides also discussed the work of the Turkic Council on deepening cooperation with the United Nations and other international organizations.

Minister Elmar Mammadyarov wished the Secretary-General Baghdad Amreyev every success in his new capacity and said that Azerbaijan will continue its contribution to the activities of the Cooperation Council of Turkic-Speaking States in the future.