Elmar Mammadyarov: Azerbaijan and EU will launch intensive negotiation in 2017

Elmar Mammadyarov: Azerbaijan and EU will launch intensive negotiation in 2017 'Currently, delegations for the negotiations are under the formation' 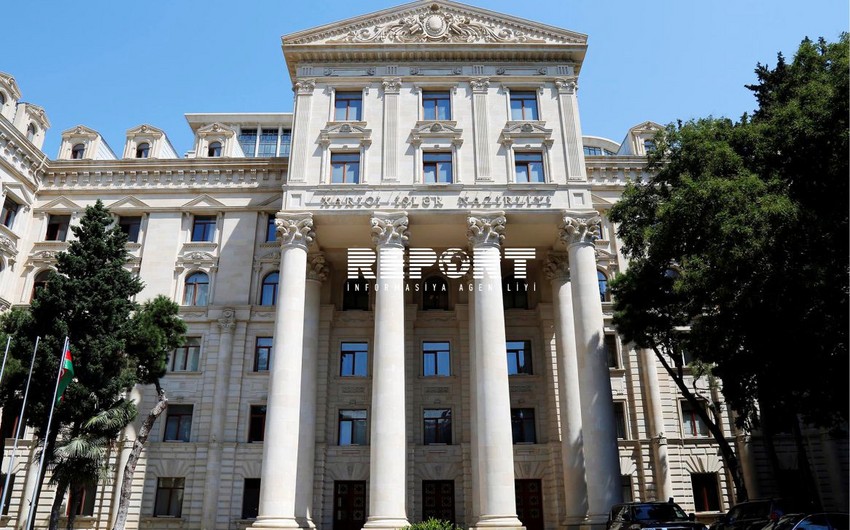 Baku. 27 December. REPORT.AZ/ Azerbaijan and EU will launch intensive negatiation from the beginning of 2017.

There are ample prospects for the development of cooperation in energy security area as in all other fields between Azerbaijan and the EU. On 13 January, 2011, Joint Declaration on Southern Gas Corridor between Azerbaijan and the EU was signed as a result of implementation of Memorandum of Understanding. Azerbaijan will be able to provide Europe with 10 billion cubic meters gas after 2018, 25-30 billion cubic meters gas per year from 2030 by starting this important project which will transport natural gas to European markets. It means that Azerbaijan will contribute to the diversification of Europe's energy supply sources and energy security of Europe for the long term period. Therefore the result oriented actions for the development of the strategic partnership in energy field, which constitute the fundamental basis of Azerbaijan – EU sectoral cooperation was continued. The second meeting of Advisory Board on implementation of Southern Gas Corridor was held on February 29, in Baku. President Ilham Aliyev, Federica Mogherini, High Representative of the European Union for Foreign Affairs and Security Policy and Maros Sefsovic, Vice-President for Energy Union, as well as ministers of energy of the countries participating in the project and other high-level officials attended this event. As an outcome of the meeting Joint Declaration reflecting support to the implementation of Southern Gas Corridor and expansion of the project in the Balkan region (Greece-Bulgaria inter-connector pipeline) was signed."

"Azerbaijan is a part of Eastern Partnership initiative of the EU since since 2009. Azerbaijan enjoys close economic and trade relations with the EU. Azerbaijan also remains a main trade partner of the EU in the South Caucasus region and the EU member states are major trade partners of us. They are also among the major investors in Azerbaijan. The strategic partnership ties were established between Azerbaijan and the nine EU member states. Azerbaijan remains interested in the further development of equal and mutually beneficial cooperation with the EU. For that reason submitted to the EU a draft Agreement on strategic partnership between the Republic of Azerbaijan and European Union in the margins of Eastern Partnership Summit in Riga, May 21-22, 2015. Council of European Union has already given a mandate to the EU Commission to launch negotiations with the Republic of Azerbaijan on strategic partnership agreement. We consider that this new document will provide a legal framework to raise the level of bilateral relations to the strategic partnership and ensure comprehensive development of cooperation with the EU. Currently, the delegations for the negotiations are under the formation. From the beginning of 2017 the intensive negotiation will be launched.