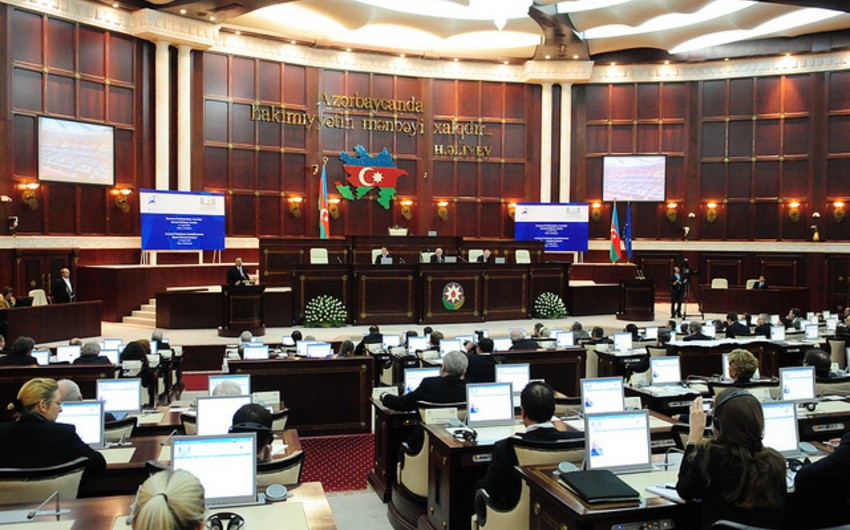 Baku. 7 January. REPORT.AZ/ The raft law 'On human rights in the United States' prepared by Rovshan Rzayev has been submitted to Milli Majlis.

Report was told by the Parliament's Legal Policy and State Building Committee Vice Chairman Rovshan Rzayev, who had prepared this bill. He said that the project had already been registered in the Office of the National Assembly.

On presentation of the bill, Rzayev claimed that this project had nothing to do with Azerbaijan-US intergovernmental relations, as iner-governmental relations are at a high level. The US and Azerbaijani parliamentarians should contribute to the development of mutual interests. 'I think that, intergovernmental relations will be developed on a regular basis. Parliamentarians should also think before taking a step. If the law draft prepared by a Congressman Chris Smith, on imposing sanctions, is adopted it may lead to a lot of obstacles in resolution of the Nagorno-Karabakh conflict, and generally ensuring the territorial integrity of Azerbaijan. Armenians living in the US are very interested in such projects. Because ultimately they give support to the aggressive policy of Armenia. Armenians are trying to strike a blow to Azerbaijan."

The deputy chairman also commented on President Barack Obama's invitation for President Ilham Aliyev to the Fourth Nuclear Security Summit: "The working relations of two presidents are at a high level. I think it will continue in the future. However, for the reasons I have mentioned before, I still stand on my position."