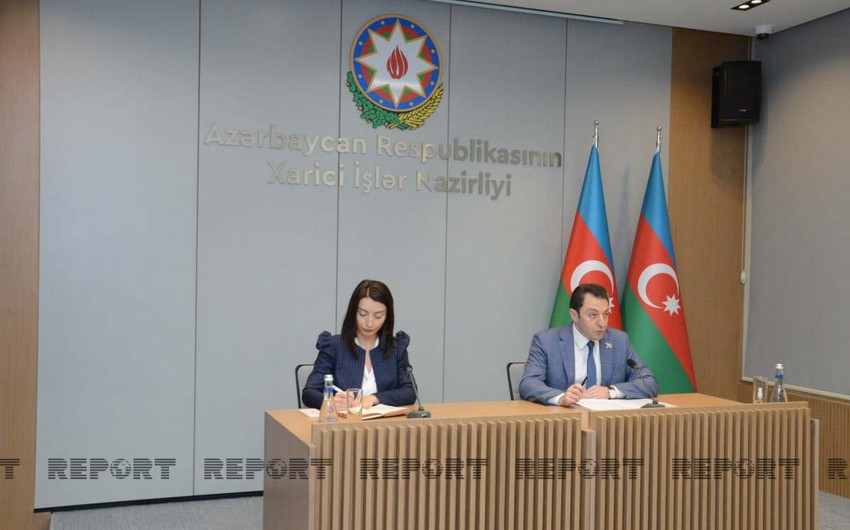 "Another issue that Armenia wanted to take against Azerbaijan was the protection of religious and cultural monuments claimed by Armenians in the liberated territories, the urgent provision of the right of Armenians to visit these monuments, the prohibition of any changes during the restoration work on monuments," Azerbaijan's Deputy Foreign Minister Elnur Mammadov said at a press conference on the renunciation of Armenia's claim against Azerbaijan, Report informs.

Mammadov said that Armenia raised this issue against Azerbaijan on many platforms.

"However, the court also rejected this request, making general remarks only on the prevention of acts of vandalism and insulting acts against monuments, and the prosecution of perpetrators by Azerbaijan in such cases," he said.