Bundestag member: Current status quo on Nagorno-Karabakh conflict is unacceptable Germany does not recognize the "Nagorno-Karabakh government" or any election held there
141 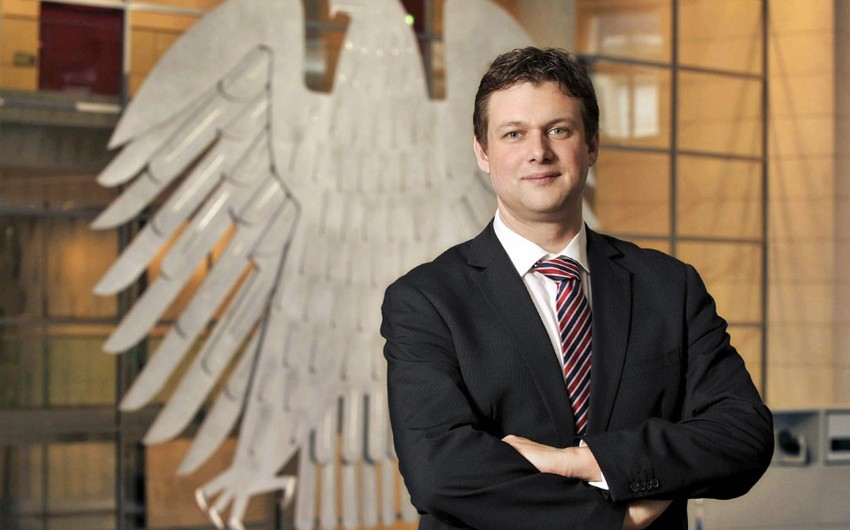 "Azerbaijan is an important country and a crucial trade partner for Germany," Tobias Zech, Member of the Christian Democratic Union (CDU) of German Bundestag, told the European Bureau of Report.

He said they were in constant dialogue with the Azerbaijani government and Milli Majlis members during the pandemic:

"We are holding virtual discussions on various issues, which mainly focus on our cooperation in PACE, the questions on the list.

Bundestag member said during the pandemic raging throughout most of the world, there is a constant exchange of views with Azerbaijan:

"We esteem measures taken by the Azerbaijani government to counter COVID-19. Of course, the non-alternative value given to human life is commendable."

International law and norms stand by Azerbaijan's side. Nagorno-Karabakh is an internationally-recognized territory of Azerbaijan. There are four resolutions of the UN Security Council on this issue. In other words, the current status quo is unacceptable. Germany does not recognize the "Nagorno-Karabakh government" or any election held there. Germany believes that the annexation of the Nagorno-Karabakh region should be ended. We insist on resolving this conflict. "