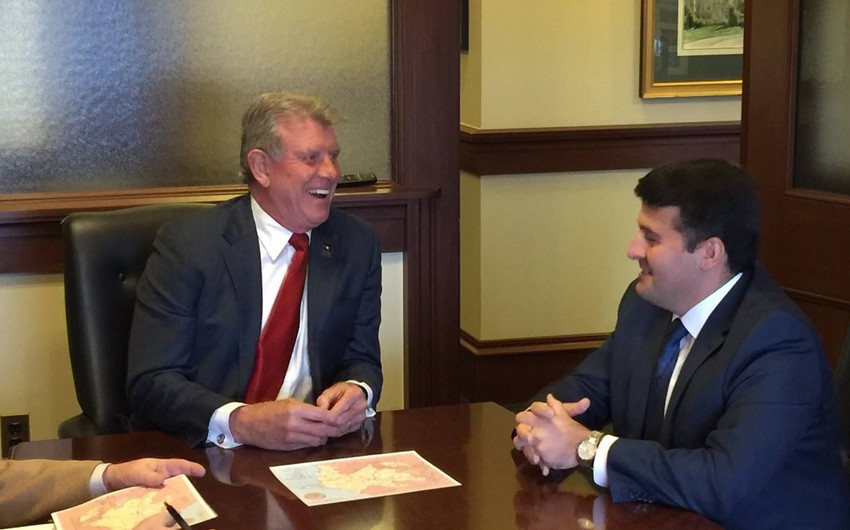 Baku. 30 November. REPORT.AZ/ Nasimi Aghayev, the Consul General of Azerbaijan, met with Idaho Governor, C.L. “Butch” Otter for a meet and greet and to discuss trade, specifically in agriculture, technology and tourism, Report informs referring to the local media.

“Azerbaijan in the largest economy in our region,” said Aghayev. “Idaho is one of the states that we see a great opportunity for exchanges.”

Azerbaijan, like Idaho, relies heavily on its agriculture, energy and technology industries. Aghayev hopes Otter will agree to send a trade mission to Azerbaijan so leaders from Idaho can meet their counterparts in person and see what trade opportunities Azerbaijan can offer them.

Aside from industry, Aghayev hopes to promote Azerbaijan - with it’s miles of Caspian Sea coastline, diverse climates and Caucasus Mountains - as a tourism destination for adventurous Idahoans. However, Aghayev also said he hopes to trade more than just goods and services.

“I’ve come to learn that you have great universities here specializing in medical studies, engineering and technology,” said Aghayev. “Our government offers scholarships for students to come study at Idaho universities.”

The consul general also said he wants to educate people about the relationship between the U.S. and Azerbaijan and, in the wake of the tragedy in Paris, how our countries can come together to promote peace and fight terrorism.

“Azerbaijan is known as a place where multiple religions live in peace,” said Aghayev. “We’re proving that the extremists are wrong. People coexist everyday in Azerbaijan.”

Azerbaijan is a small country bordering the Caspian Sea, Georgia, Armenia and Iran. A former soviet republic, Azerbaijan declared its independence in 1991. The United States was one of the first countries to recognize its independence, according to Aghayev, and in 1992 consuls were opened in both countries.

Since then, Azerbaijan has been both a trade partner and an ally for the U.S.

According to Aghayev, U.S. companies help Azerbaijan develop their natural gas and energy industries and Azerbaijan served as a key ally after 9/11.

“Azerbaijan offered unconditional assistance after 9/11,” said Aghayev. “We sent in troops and opened our airspace. We still have soldiers there, side by side with American soldiers, fighting to bring stability to the Middle East.” 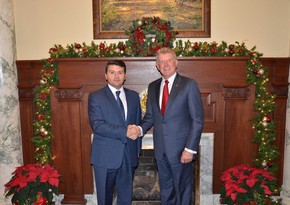