Cahit Bağcı says friendship between Turkey and Azerbaijan 'unshakable' "Turkish-Azerbaijani relations go beyond the relations between the two countries and have their specific features." 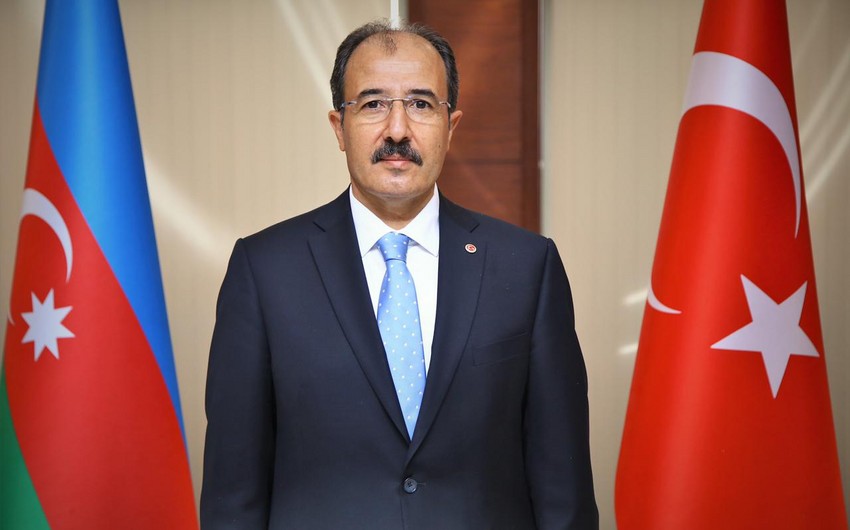 "Turkish-Azerbaijani relations go beyond the relations between the two countries and have their specific features," Turkey's new Ambassador Extraordinary and Plenipotentiary to Azerbaijan Cahit Bağcı said in an exclusive interview with Report.

The Ambassador noted that ties between Turkey and Azerbaijan are based on brotherhood:

"From this point of view, it is impossible to evaluate our connections in the context of ties established for mutual benefit. The relationship between brothers is the same in good and bad times and does not change. More is needed in bad days, and then the truth emerges. In this regard, the friendship between Turkey and Azerbaijan is healthy, strong, and unshakable. The recent history of the two countries testifies to this.

"We have Azerbaijani brothers who were killed in Çanakkale, as well as on every front to protect Anadolu from enemy attacks. Similarly, the brave sons of Anadolu came as part of the Caucasus Islamic Army to fight against the Bolshevik invasion of Azerbaijan and were martyred in Guba, Ganja, and Baku, but did not surrender their ancestral lands to the enemy. Our relations are rooted in the blood of our brothers in Anadolu and the Caucasus. Therefore, they are solid and durable."

According to Bağcı, Azerbaijani - Turkish relations have developed and are developing rapidly in all areas: "Dozens of bilateral agreements have been signed to strengthen ties between the two countries. Our ties are advancing at a high level from the military sector to industry, from agriculture to education. In particular, the relations between Turkish President Recep Tayyip Erdoğan and Azerbaijani President Ilham Aliyev are not the relations between the two heads of state. This is a friendly relationship. Their strong political will and close friendship give a great impetus to our ties."