Bulgarian VP: Azerbaijan a leading partner of EU countries in ensuring energy security - INTERVIEW The World Forum on Intercultural Dialogue in Baku already has its own history, its tradition'
2077 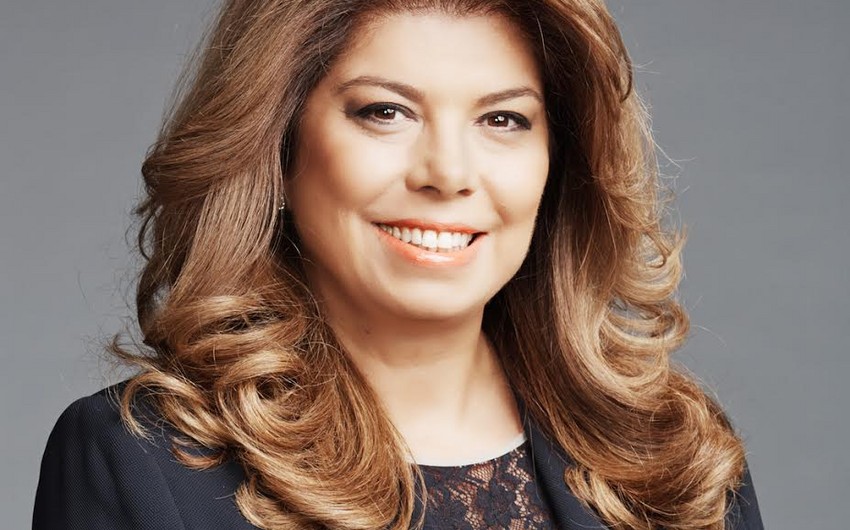 - It was announced that You are going to participate at the fourth International Forum of Intercultural Dialogue, which will be held in Baku. What can You say about the importance of this forum?

- The Forum in the Azerbaijan capital Baku already has its own history, its tradition. Through your mediation I would like to express my special gratitude to President Aliyev for this opportunity. Along with the other organizers such as UNESCO, United Nations Alliance of Civilizations, United Nations World Tourism Organization, Food and Agriculture Organization of the United Nations, Council of Europe, the Islamic Educational, Scientific and Cultural Organization we shall have the opportunity to discuss some of the high-profile issues of our time to which we have not yet given adequate answers – the growing extremism, radicalization in our societies. I shall participate in this Forum with pleasure, because I share completely its philosophy – intercultural dialogue is the keystone of understanding between peoples, of which the world needs more than ever.

- How do You generally evaluate the political and economical relations between our countries?

- I think that we still have a lot of opportunities. We have good interinstitutional contacts, bilateral agreements. This year marks the 25th anniversary of the establishment of diplomatic relations between our two countries. Forthcoming is the opening of the Bulgarian-Azerbaijan Chamber of Commerce, which will contribute to the intensification of trade relations.

- How can You evaluate the importance of Azerbaijan in securing Europe's energy security? How Bulgaria is going to participate at TAP project?

- The main objectives of the European Energy Policy are security, competitiveness and sustainable development. Azerbaijan is a leading partner of the EU countries in ensuring the energy independence and security of gas supply, in curbing negative climate change, in promoting economic growth and employment, and by doing so a most important problem was solved –providing secure and affordable energy to consumers. The implementation of the Southern Gas Corridor is one of the most grandiose projects. Bulgaria reiterates its firm support to its development and the key role played by your country in building it. Our country is an integral part of the development of the Southern Corridor by its projects of the interconnectors Greece- Bulgaria and Turkey – Bulgaria. The project with Greece will make possible the delivery of the agreed for Bulgaria 1 billion cubic meters annually of the Azerbaijani natural gas from Shah Deniz 2 starting the year of 2020. The projects are of enormous importance for the diversification of sources and routes of delivery of natural gas to Bulgaria.

- What business projects are expected between our countries? In which areas do You see potential for our cooperation?

- The prospects between our two countries are not only limited to energy projects. The activities of the Joint Intergovernmental Bulgarian-Azerbaijan Commission, which has already held several sessions, have been developing successfully. Last year Bulgaria’s exports to your country amounted to $7.756 million, and bilateral trade –to $8.065 million. I believe that these relations have a bigger potential. Considerable part is taken by medicines and drugs, but it's time already to turn to tourism, light industry, and agriculture.

- What can You say about restoration works done in Bulgaria by Azerbaijan, especially about works conducted in Trapezitsa castle?

The Heydar Aliyev Foundation and the First Vice-President, Mrs. Merhiban Aliyeva made true a dream of generations of Bulgarians. To understand it better, I have to reveal for you some very important facts about our history. The capital of the Second Bulgarian Kingdom-Veliko Tarnovo, is one of the most developed medieval cities. Many of the Byzantine Chronicles narrate of its splendor and wealth. The city was situated on two hills – Tsarevets Hill, where the King's Chambers were situated, and Trapezitsa Hill where the nobility and aristocracy dwelled. In connection with 1300 years since the establishment of the Bulgarian State, the Fortress of Tsarevets was completely restored. But for many years the shortage of funds prevented archaeological excavations and restoration of the Trapezitsa Hill. This is a large and important project not only because of the history. In today's anxious and divided world, the extended hand in the name of cultural dialogue, respect and understanding between people, faith and religions is essential for peace and development. This is the first joint project between the two countries for the development of the Bulgarian cultural heritage. I strongly believe that it will not be the last. My ambition is to be a "Goodwill Ambassador" for the deepening of cooperation between Baku Slavic University and our higher education institutions, as well as between the Academies of Sciences of the two countries.

- In late April, Azerbaijan is going to start negotiations on new strategic partnership agreement with the EU. We'd like to know Your opinion on that matter.

- I welcome the launch of the negotiations for strategic partnership with the EU. Europe opens up many new opportunities for cross-border investment projects that would interest your country as well. I am hopefully awaiting a rapid progress of the negotiation process with the EU. The recent visit of President Aliyev to Brussels and his meeting with the President of the European Council, Donald Tusk is another confirmation of this.

- On April last year we saw worrying activities on the line of contact between troops of Armenia and Azerbaijan, resulting in serious losses and casualties on both sides. What's the position of Bulgaria regarding Nagorno-Karabakh conflict?

- I confirm the principled Bulgarian policy, that the conflict in Nagorno-Karabakh can be solved only through peaceful negotiations with the mediation of the OSCE, with the assistance of the EU and notably through an active dialogue between leaders of Azerbaijan and Armenia.