​Boko Haram could be behind Nigeria’s attack: US State Department

​Boko Haram could be behind Nigeria’s attack: US State Department The United States supported fighting terrorism in Nigeria and reiterated country’s commitment to joint work with Nigerians to counter extremism 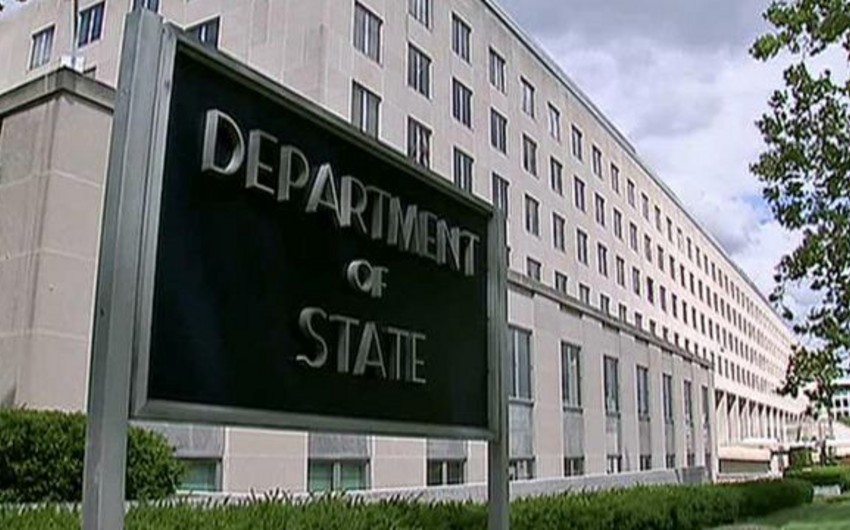 Baku. 29 November. REPORT.AZ/The United States says Nigerian extremist group Boko Haram could be behind the recent terrorist attack on the central mosque in Nigeria’s city of Kano, the US Department of State said in a statement Saturday.

“These attacks, while as yet unclaimed, have all of the hallmarks of Boko Haram and the group’s disregard for human life as it continues in its efforts to destabilize Nigeria,” State Department spokesperson Jen Psaki said, adding that the United States condemned the attack as well as recent attacks on innocent civilians in north-eastern Nigeria.

“The United States stands with the Nigerian people in their struggle against violent extremism and the threat of terrorism and affirms our ongoing commitment to work with all Nigerians to combat these atrocities,” spokesperson stated.

On Friday, two suicide bombers blew themselves up in Kano’s mosque in northern Nigeria. According to CNN, at least 120 people were killed and 270 injured.