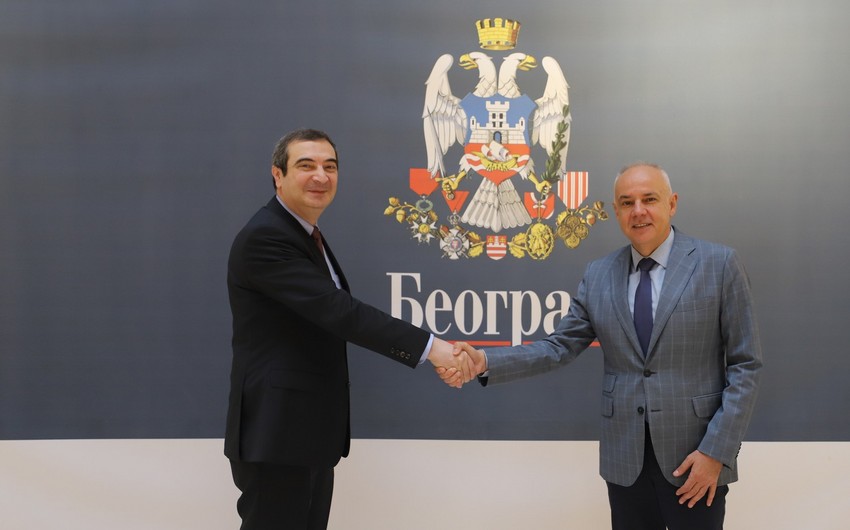 The mayor noted at the meeting that along with the existing fruitful cooperation between Azerbaijan and Serbia, it is necessary to establish cooperation on the level of capital cities, Baku and Belgrade, for which there is potential.

"Culture is another sphere in which Belgrade and Baku can cooperate. As countries with rich cultural life, we spoke of the opportunity for Azerbaijani cultural figures to perform in Belgrade. Celebrations of the 25th anniversary of establishing diplomatic relations between Serbia and Azerbaijan will be an excellent occasion to this end," Radojicic said.

The Azerbaijani ambassador noted that eliminating the visa regime would open up new prospects for cooperation and facilitate travel to Azerbaijan for Serbian citizens.