Barack Obama sends congratulations letter to Azerbaijani President On behalf of the American people, we would like to wish Eid greetings to Muslim communities around the world during this joyful time 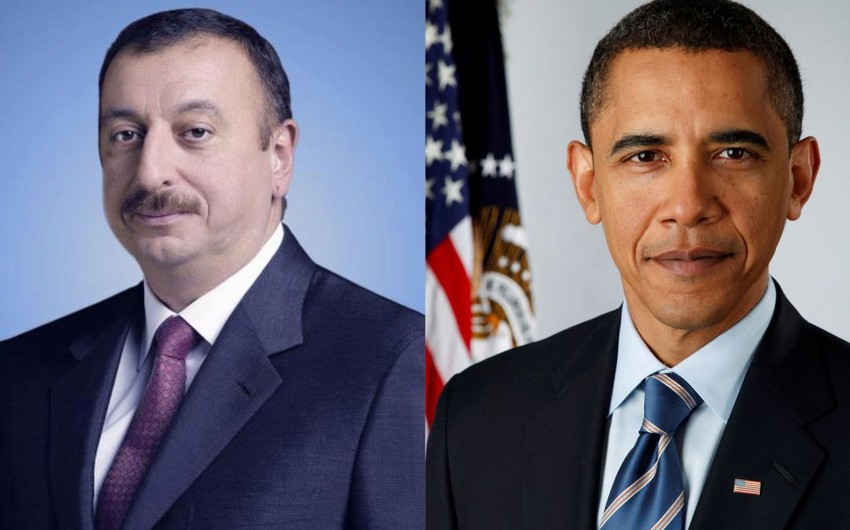 Report informs, the letter reads as below:

Michelle and I extend our warmest greetings to Muslims in America and around the world as they celebrate Eid al-Adha. We also extend our congratulations to those pilgrims who have successfully completed the Hajj, including thousands of U.S. citizens who joined three million fellow Muslims in completing a central tenet of their faith.

The Hajj demonstrates millions of people from different backgrounds and traditions can come together to share in their common humanity.

In addition to being a time of celebration and joy, Eid al-Adha is a time for charity and compassion, prayer and reflection. I am inspired by the millions of Muslims across the United States and around the world who commemorate Ibrahim's readiness to sacrifice his son by providing humanitarian assistance to those in need.

Nowhere in the world is this suffering more apparent than with those fleeing conflict, including in Burma, Nigeria, Iraq and Syria where innocent men, women and children are facing incomprehensible cruelty and deprivation. In these situations, we must honor those nations who have gone above and beyond to care for their neighbors.

Such acts of compassion highlight the shared roots and values of people of all faiths. It represents the true image of a global community – one that values compassion, diversity, and collaboration – that I have come to know and appreciate as President.

On behalf of the American people, we would like to wish Eid greetings to Muslim communities around the world during this joyful time.

President of the United States of America", the letter says.