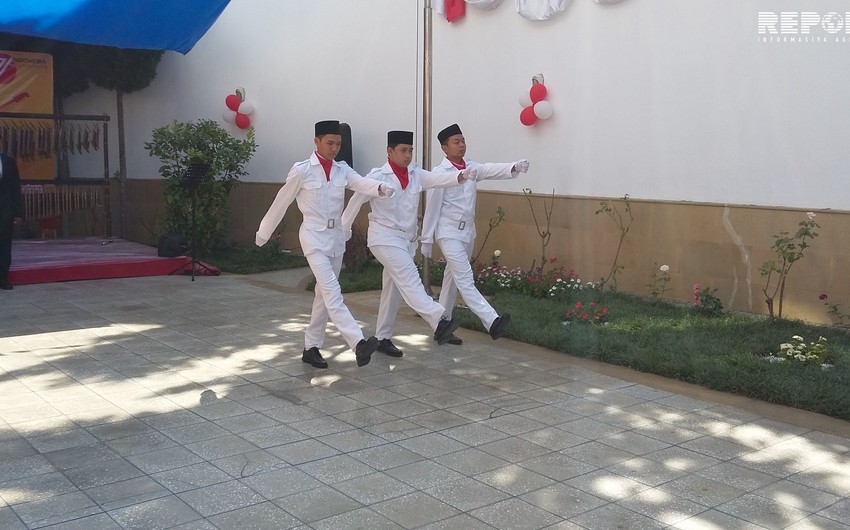 Baku. 17 August.REPORT.AZ/ An event was held at Baku residence of the Indonesian Ambassador to Azerbaijan on the occasion of the 71st anniversary of Indonesia's independence.

Then, the embassy officials passed along the attendees.

Addressing the event, Ambassador Husnan Bey Fananie spoke about the struggle for Indonesia's independence and commemorated his countrymen sacrificing their lives for independence. He expressed his satisfaction with celebrating the holiday in Azerbaijan.

The event continued with demonstration of samples of Indonesian cuisine and art program.