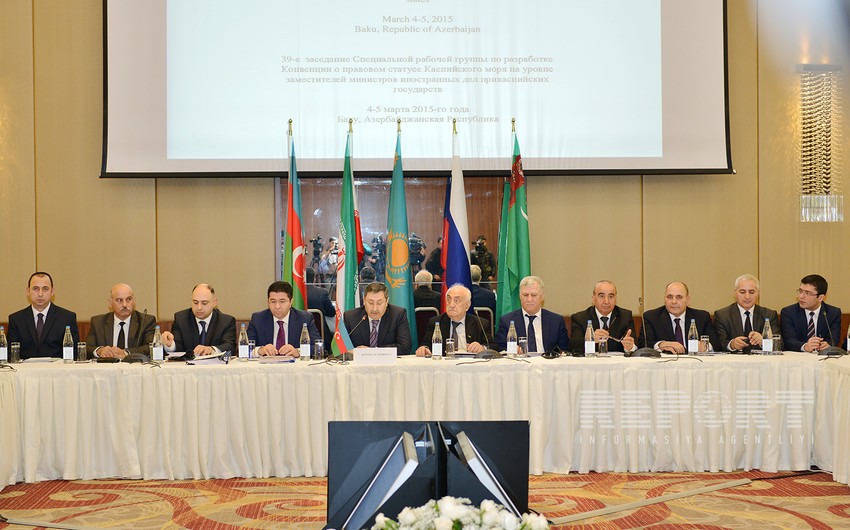 Baku. 4 March. REPORT.AZ/ The meeting of special working group on the Caspian Sea started in Baku.

Report informs, the meeting is attended by Deputy Foreign Minister Khalaf Khalafov, Deputy FM of Iran Ibrahim Ragimpur, Special Representative of the President of Russia on delimitation and demarcation of borders with the CIS member states, special envoy of Russian Foreign Minister Igor Bratchikov, the chairman of state-owned enterprise on the Caspian Sea under the President of Turkmenistan Murad Atadjanov, Ambassador-at-Large of the Ministry of Foreign Affairs of Kazakhstan Zulfiya Amanzholova.

During the meeting, representatives of the five countries will continue to work on the Convention text on the legal status of the Caspian Sea.

The special working group is to hold meetings alternately in the countries of the Caspian Five. The work of the negotiation mechanism is aimed at resolving the issues of the new legal status of the Caspian Sea, on the other hand, to prepare the meetings of Heads of State and Ministers of Foreign Affairs of the five coastal countries.