Baku. 31 March. REPORT.AZ/ Baku hosted consultations between the Ministries of Foreign Affairs of Azerbaijan and the Netherlands.

During the consultations, Deputy Foreign Minister Khalaf Khalafov and A. Haspels discussed the current level of bilateral relations between the two countries, as well as their development prospects. 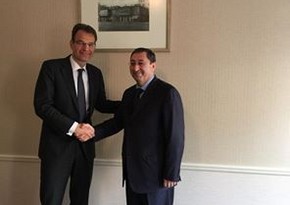