Ilham Aliyev: Azerbaijani-Turkish brotherhood and friendship is an example for the world

Ilham Aliyev: Azerbaijani-Turkish brotherhood and friendship is an example for the world On July 12, the brotherly Republic of Turkey expressed its firm stand against Armenia's military provocation against Azerbaijan 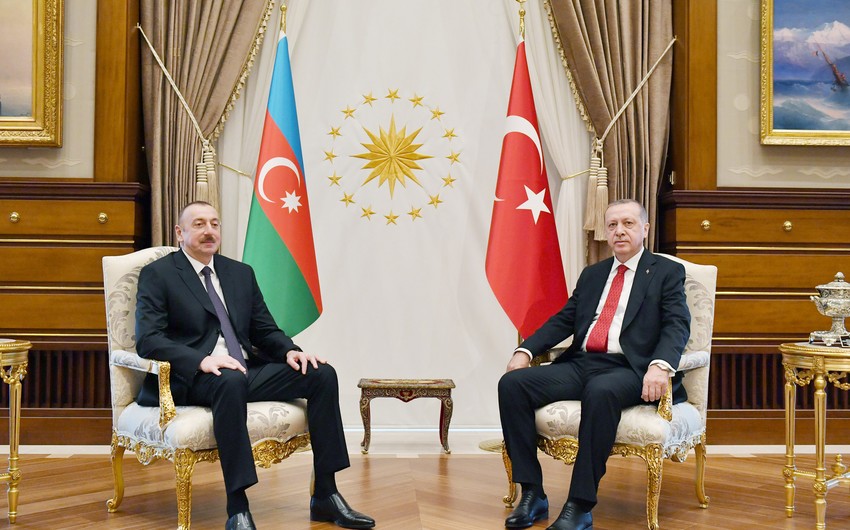 Today we celebrate the 102nd anniversary of the liberation of Baku. Despite the difficulties of that period, brotherly Turkey spared no effort to come to Azerbaijan's aid. The Caucasian Islamic Army, led by Nuru Pasha, came to Azerbaijan and joined the struggle. The Caucasian Islamic Army, which passed a glorious battle route from Ganja to Baku, and the newly-established Azerbaijani National Army and volunteers liberated Baku from Armenian and Bolshevik occupation. I pay tribute to our martyrs who sacrificed their lives for this cause. Their memory will live in our hearts forever.

September 15 is a very memorable day for the people of Azerbaijan.

On that day, Baku was liberated from occupation and declared the capital of the independent Azerbaijani state for the first time. The victorious procession of the Caucasian Islamic Army and the Azerbaijani National Army after this historic victory was welcomed with great enthusiasm and joy by Baku residents.

Two years ago, enthusiasm and love were once again revived in Baku's streets as we watched with you the participation of Azerbaijani and Turkish soldiers in the military parade to mark the 100th anniversary of the liberation of Baku. Undoubtedly, this historic event will always be remembered.

President Ilham Aliyev noted that the Azerbaijani-Turkish brotherhood and friendship is today an example for the whole world.

On July 12, the brotherly Republic of Turkey expressed its firm stand against Armenia's military provocation against Azerbaijan. The people of Azerbaijan highly appreciate your unequivocal statements on the Tovuz events. Azerbaijan has always stood by brotherly Turkey and demonstrated its unwavering support on all matters. The Azerbaijani-Turkish strategic alliance and partnership is an essential factor serving to ensure peace and security in the region, contributing to the development of cooperation.

Indeed, the relations between our brotherly and friendly countries and peoples are successfully developing and expanding in all areas under the "One nation, two states" motto of national leader Heydar Aliyev.