Azerbaijani speaker calls on Iranian parliament to adopt document on Khojaly genocide Azerbaijan's Milli Majlis speaker Sahiba Gafarova met with the chairman of Iranian Majlis Bagher Ghalibaf as part of her official visit to this country on August 6. 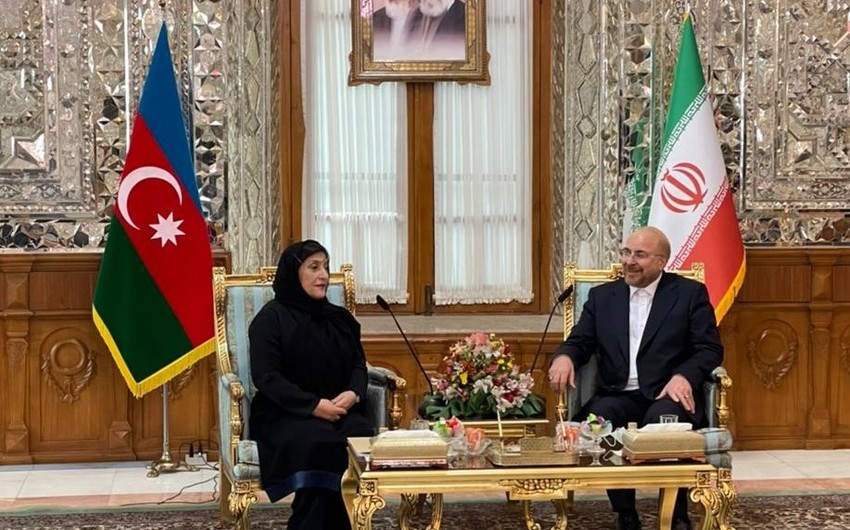 Azerbaijan's Milli Majlis speaker Sahiba Gafarova met with the chairman of Iranian Majlis Bagher Ghalibaf as part of her official visit to this country on August 6.

Report informs that on welcoming the chairman of the Milli Majlis and the Azerbaijani delegation, the speaker of the Iranian parliament expressed satisfaction with the presence of a delegation from a friendly and neighboring country in Tehran.

Stressing that Iran and Azerbaijan are linked by significant geographic, historical, cultural ties and religious values, Ghalibaf noted that Iran is very fond of Azerbaijan and is closely watching the processes there.

During the conversation, Azerbaijani Parliament Speaker Sahiba Gafarova praised the friendly and good-neighborly relations with Iran, noting that the mutual visits of the heads of state are important for establishing high-level ties between the two countries.

She noted that next year would mark the 30th anniversary of the Khojaly genocide. Therefore it is essential that a legal and political assessment of such crimes against humanity is given internationally.

The speaker recalled that so far, many states and international organizations have recognized the Khojaly genocide and, taking this into account, the adoption by the Iranian parliament of the document on the Khojaly genocide can protect humanity from similar events in the future.

At the end of the meeting, the speakers of both countries invited each other to pay mutual official visits. 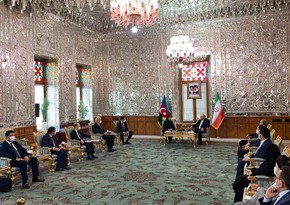