Azerbaijani president reveals Moscow’s response to claims of arming Armenia "As soon as we heard about Russia's armament of Armenia, we immediately sent a request to Russia and asked what the issue was about. However, we have received information that this statement in the Armenian press was wide of the mark. Russia's defense min 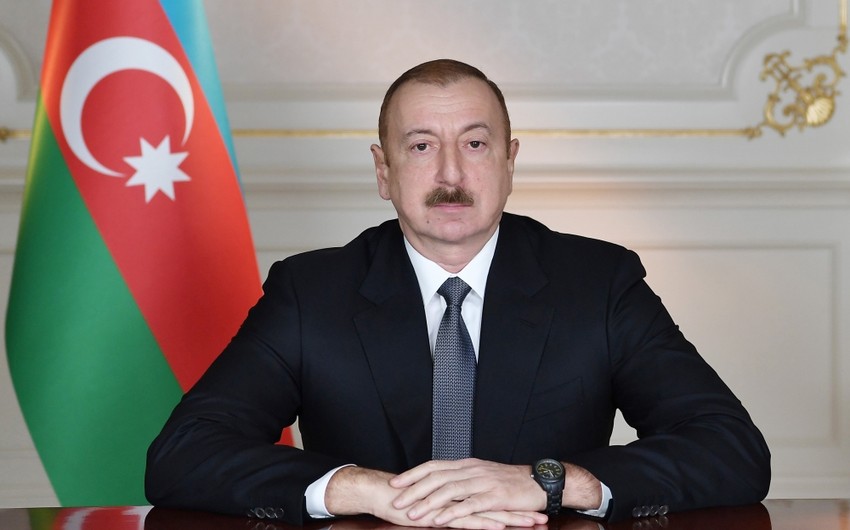 "As soon as we heard about the issue of Russia arming Armenia, we immediately sent a request to Russia and asked what the issue was about. However, we have received information that this statement in the Armenian press was wide off the mark. Russia's defense minister did not say so. This is another ugly act of the Armenian propaganda,” Azerbaijani President Ilham Aliyev told in an interview with Turkish Anadolu Agency, Report informs.

"No such words were said and we were officially told that there were no such plans. We received a fairly accurate response from Russia regarding the free armament of the Armenian army, and we removed this issue from the agenda. This shows that Armenia does not give up its ugly actions.

"This lie is a big mistake. If you spread what the Russian defense minister did not say, it is at least irresponsible and provocative move. Second, we saw this during and after the occupation that the Armenian lobby in Armenia and Russia was trying every day to create a rift in relations between Russia and Azerbaijan on daily and regular basis. Their daily job is to tarnish Azerbaijan’s image, create a negative image of Azerbaijan in the Russian media and cast a shadow over relations between Russia and Azerbaijan.

"They believe that in this case, the revanchist forces may one day rise again and start a war against us. But they are wrong. First, the Russian-Azerbaijani relations are quite high, and we openly discuss all issues at the level of presidents, defense ministers, foreign ministers. If there is an issue that concerns any party, we contact immediately and resolve it. Today I can say that there is no urgent issue in the Russian-Azerbaijani relations waiting for a solution. Because these relations are quite positive. These propaganda efforts of Armenia will not bring them success. Our concern about the rearmament of Armenia is understood by Russia," the president underscored.