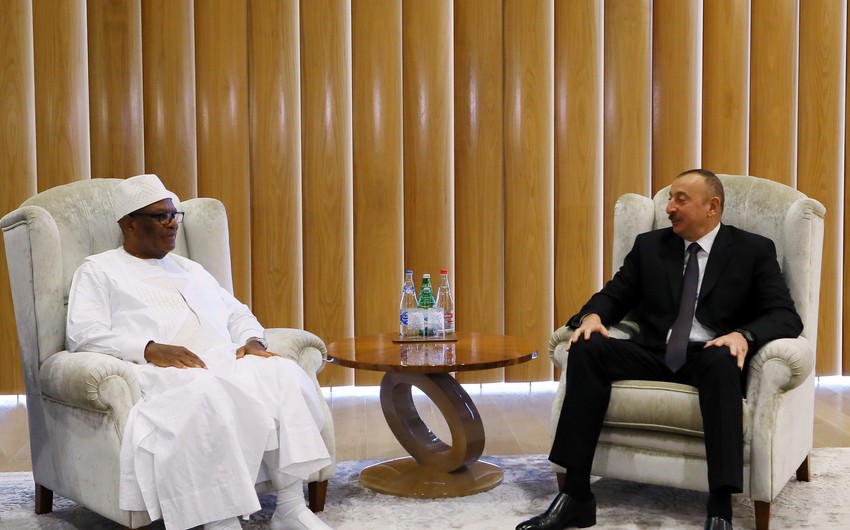 The importance of the Baku-hosted 4th World Forum on Intercultural Dialogue was noted at the meeting. The level of political relations was hailed, and they also stressed the significance of developing economic cooperation between the two countries.

The Malian President praised warm hospitality shown to him in Azerbaijan. He said Azerbaijan has achieved rapid development under the leadership of President Ilham Aliyev to gain great influence in the world.

President Ibrahim Boubacar Keita described the head of state`s landslide victory in the elections as indicative of the people's trust and confidence in the Azerbaijani President. The Malian President praised Azerbaijan's rapid development, saying Baku has become a center of global intercultural dialogue.

Underlining his country's keenness to develop bilateral ties with Azerbaijan, the Malian President expressed their need to study Azerbaijan's experience, technical capabilities as well as management experience in various fields of economy, including the agricultural sector.

President Ibrahim Boubacar Keita also hailed good prospects for cooperation with Azerbaijan in military-technical and energy spheres, expressing his country's interest in studying Azerbaijan's experience in the fight against terrorism.