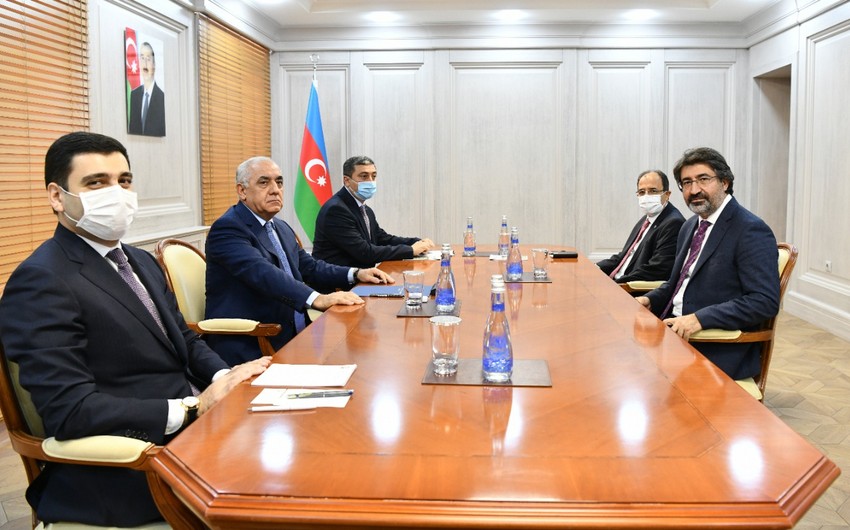 On October 28, Azerbaijani Prime Minister Ali Asadov met with the Chairman of the Board of the Turkish Banks Union, Chakar Alpaslan.

Report informs, citing the Cabinet of Ministers, that the current state of relations between the two countries in the financial and banking sector, as well as prospects for cooperation, were discussed at the meeting.