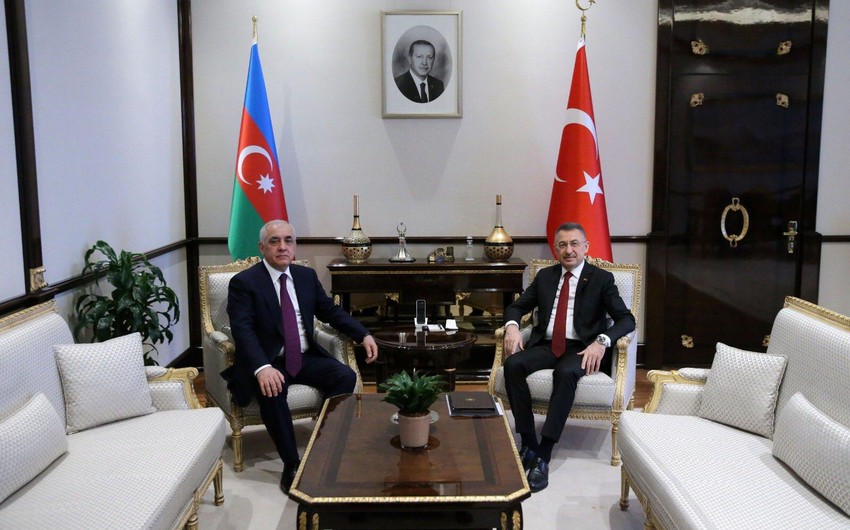 The letter states that September 27 is marked as the Day of Remembrance in Azerbaijan, emphasizing that there were casualties among civilians and service members due to Armenia's military provocation against Azerbaijan a year ago.

In response to this cowardly provocation, President, Victorious Supreme Commander-in-Chief Ilham Aliyev launched the historic Victory March of the Heroic Azerbaijani Army to put an end to the aggression once and for all. Our army destroyed the enemy and liberated our ancient lands in 44 days.

The letter expresses deep gratitude to brotherly Turkey for the tremendous support given to Azerbaijan in the Patriotic War.

From the first hours of the war, the solidarity of President Recep Tayyip Erdogan, the Turkish leadership, including Vice President Fuat Oktay, and all the fraternal Turkish people with Azerbaijan, showed the world that our country is not alone in its just cause.

Fuat Oktay's numerous open and harsh statements, his firm and unequivocal attitude to the issue were met with great gratitude and pride in Azerbaijan and were valued as an example of true brotherhood.

According to the letter, Turkey's political and moral support played an important role in achieving a glorious victory over the enemy. It demonstrated once again that Azerbaijan and Turkey have always supported each other under the slogan 'one nation, two states" and the inviolability of our unity and brotherhood.

At the same time, it was noted that Azerbaijan, in turn, has always stood by Turkey on both happy and sad days.