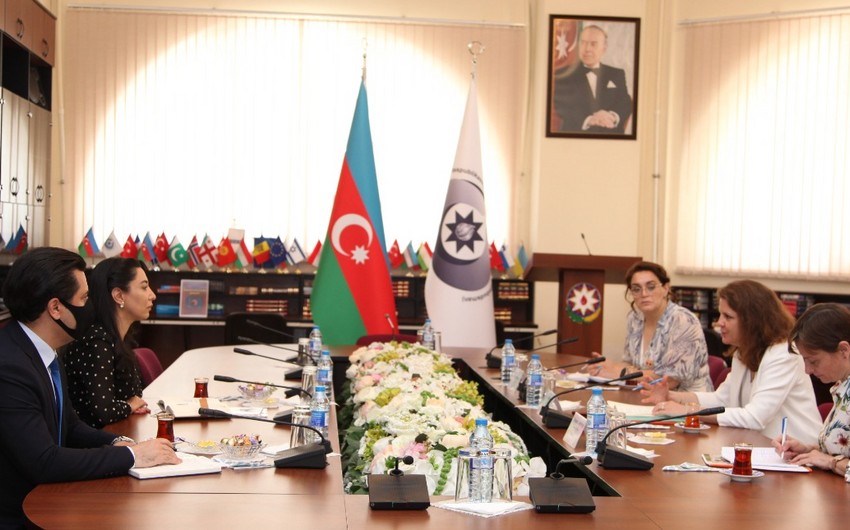 Commissioner for Human Rights (Ombudsman) of Azerbaijan Sabina Aliyeva has met with the head of the International Committee of Red Cross (ICRC) Baku Delegation Ariane Bauer, Report informs referring to the Ombudsman’s Office.

During the meeting, Aliyeva noted that the failure to provide maps of the minefields laid in the Azerbaijani territories during the Armenian occupation remains a serious problem for Azerbaijan.

It was noted that Armenia’s violation of the ceasefire, starting from May 24, raises concern as an attempt to resume the conflict and threatens human rights. The Commissioner for Human Rights also reported that on the night of May 27, an attempt by another group of Armenian saboteurs to enter the territory of Azerbaijan with the aim of mining the territory was suppressed.

The Ombudsman stressed that the issue of human rights violations in Armenia has been repeatedly raised before the relevant international organizations. It was noted that such steps are a serious obstacle to the establishment of peace in the region after the Patriotic War, which ended the occupation that lasted for almost 30 years.

In turn, Bauer thanked for the reception and said that she was well acquainted with the reports of the Ombudsman on the conflict and the post-conflict period. She spoke about the joint cooperation of the two institutions and stressed the importance of further strengthening ties in the future.

In conclusion, the parties exchanged views on further areas of cooperation.