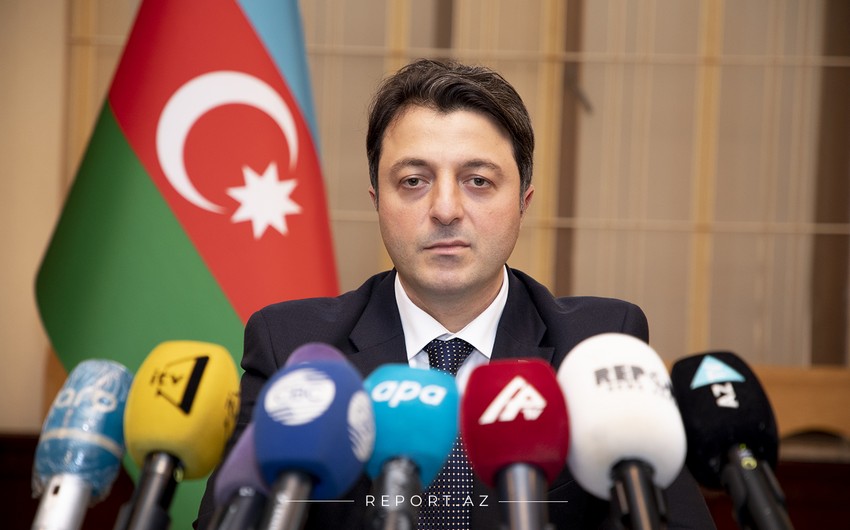 "My colleagues from the Armenian parliament need to prevent hate speech and Azerbaijanophobia in their parliament and only after that take part in such important meetings, talking about fake news," said Chairman of the Public Association "Azerbaijani Community of Nagorno-Karabakh", MP Tural Ganjaliyev, speaking at the meeting of the Euronest Parliamentary Assembly committee, held in video format, Report informs.

The Azerbaijani MP informed the meeting participants that a few days ago he received threats from an employee of the Foreign Relations Committee of the Armenian Parliament Lilit Giozalyan: “She posted this message on social networks, threatening to cut off my head because of my statements about peace, calling for peaceful coexistence of Armenians and Azerbaijanis."

During the PA POL Committee Meeting, in response to the baseless accusations of the Armenian delegation against , I raised the issue of in and recent death threats I received from the staff member of the Armenian Parliament.