Baku recommends that Yerevan read statement of November 10 The head of the Azerbaijani Foreign Ministry's press service department, Leyla Abdullayeva, commented on the statements of the representative of the Armenian Foreign Ministry in connection with a speech of the President of the Republic of Azerbaijan at th 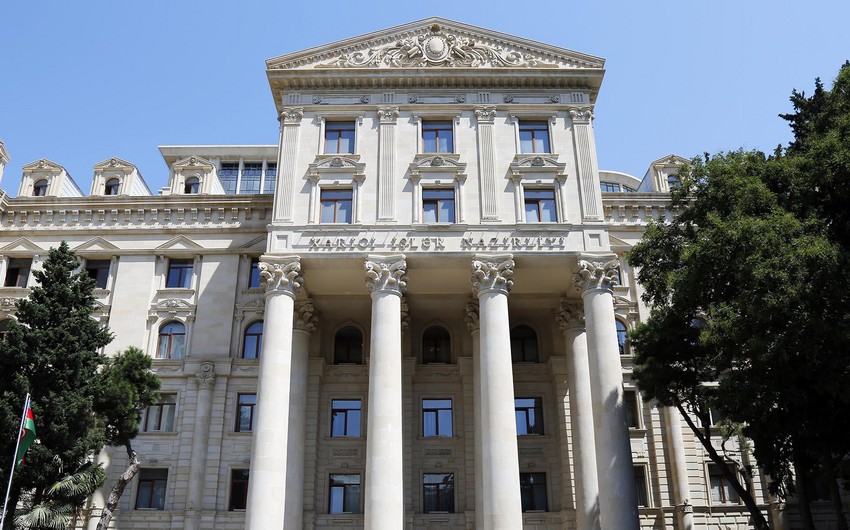 The head of the Azerbaijani Foreign Ministry's press service department, Leyla Abdullayeva, has commented on the statements of the Armenian Foreign Ministry representative in connection with a speech of the President of the Republic of Azerbaijan at the summit of the Economic Cooperation Organization.

According to Report, Abdullayeva said that during his speech at the Summit of Economic Cooperation Organization on March 4, the President of Azerbaijan spoke about the opportunities for cooperation to ensure peace and stability in the region, implementation of transport projects that can directly benefit the countries of the area. And, in this case, the accusation of the Armenian Foreign Ministry against Azerbaijan for violating international law and assessing it as a threat to the site once again demonstrates that official Yerevan is far from common sense and reason:

"The question arises as to what interests are served by the Armenian side, which always makes destructive comments on Azerbaijan's position in connection with the region's cooperation and progress and generally demonstrates that the country has not yet decided what it wants.

"We recommend that the representative of the Armenian Foreign Ministry read the text of the statement of November 10, signed by the head of their government, the UN Security Council resolutions of 1993, and also study the essence of the principles of international law, to which he refers," Abdullayeva said.