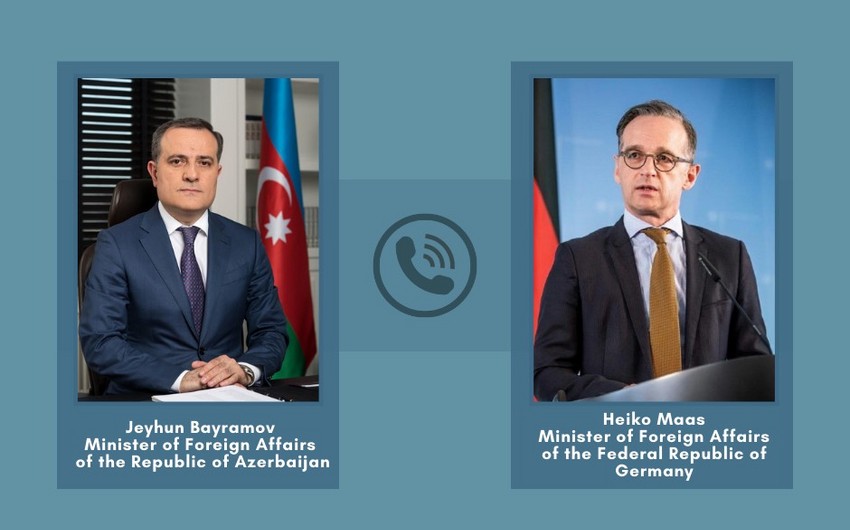 The German Foreign Minister expressed his deepest concerns on the escalation of tensions in the region and stressed the importance of political dialogue.

Minister Jeyhun Bayramov informed his counterpart on the latest tensions in the region, especially Armenia's deliberate shelling of the Azerbaijani civilians and civilian objects. Casualties among the civilian population and destruction of civilian infrastructures as a result of the purposeful targeting by armed forces of Armenia in the Azerbaijani cities located far from the line of contact as well as Armenia's recent attempt to target the Baku-Tbilisi-Ceyhan oil pipeline was brought to the attention of Foreign Minister of Germany. Minister Jeyhun Bayramov informed his interlocutor that thus far, 29 Azerbaijani civilians were killed and 144 wounded due to Armenia's shelling.

Minister Jeyhun Bayramov emphasized that the implementation of the UN Security Council's resolutions is necessary for ensuring peace in the region.