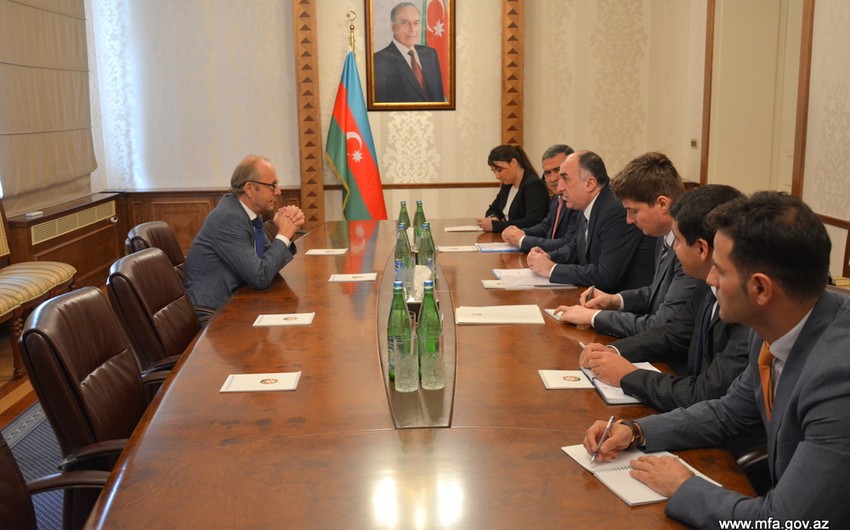 Baku. 26 July. REPORT.AZ/ Foreign Minister Elmar Mammadyarov received Robert Jan Gabrielsen, Ambassador of the Kingdom of the Netherlands to the Republic of Azerbaijan upon the termination of his diplomatic term.

Report was told in the Ministry of Foreign Affairs of Azerbaijan.

At the meeting satisfaction was expressed with the development of bilateral relations during the last years. It was also noted that the favorable opportunities do exist for further enhancement of cooperation.

During the meeting fruitful cooperation between the two countries in the fields of environment, agriculture, emergency situations, logistics and others was also underlined.

Ambassador Robert Jan Gabrielsen expressed his gratitude for the support to fulfill his diplomatic mission in Azerbaijan successfully.

Minister Elmar Mammadyarov extended his appreciation to the Ambassador for his contributions to the development of relations between the two countries and wished him every success in his future diplomatic activities.