Azerbaijani FM: EU should express strong and unequivocal position on settlement of the conflict

Azerbaijani FM: EU should express strong and unequivocal position on settlement of the conflict "It is important to create a contact and dialogue between the Azerbaijani and Armenian communities of Nagorno-Karabakh region of Azerbaijan" 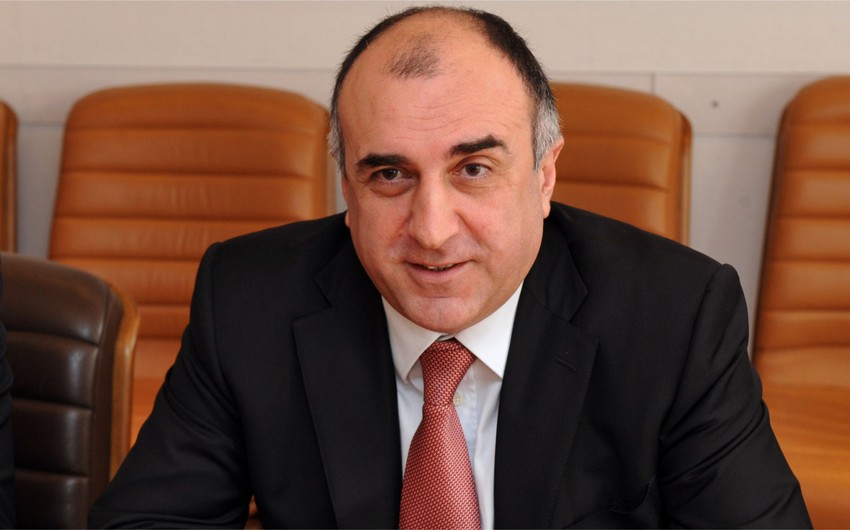 Baku. 4 December. REPORT.AZ/ Foreign Minister Elmar Mammadyarov met with Herbert Salber, European Union Special Representative for the South Caucasus on the sidelines of the 22nd meeting of the OSCE Ministerial Council in Belgrade on December 3, 2015.

Report was told in the press service of Azerbaijani Foreign Ministry, during the meeting the sides exchanged views on the process of negotiations over the resolution of Armenia-Azerbaijan conflict with the mediation of the OSCE Minsk Group co-chairs.

It was mentioned that the conflict constitutes main threat to the regional peace and security.

Minister Elmar Mammadyarov stressed the importance of expressing the EU’s firm and unequivocal position in regards with the conflict based on the principles of international law and the Charter of the United Nations.

He went on to add that the incidents and violations of cease-fire in the line of contact between Armenian and Azerbaijani forces and through the borders of two countries occur due to the illegal presence of Armenian troops in the occupied territories of Azerbaijan.

The Minister mentioned that putting an end to the agression of Armenia against Azerbaijan and withdrawal of Armenian troops from the occupied territories would be an important confidence-building measure, and also he emphasized the importance of establishing contacts and dialogue between the Azerbaijani and Armenian communities of Nagorno-Karabakh region of Azerbaijan.

At the meeting the sides also exchanged views on the prospects of EU-Azerbaijan relations.