Azerbaijani FM: Armenia is not interested in resolving conflict

Azerbaijani FM: Armenia is not interested in resolving conflict "Working on the return of Azerbaijani hostages is being carried out through diplomatic channels" 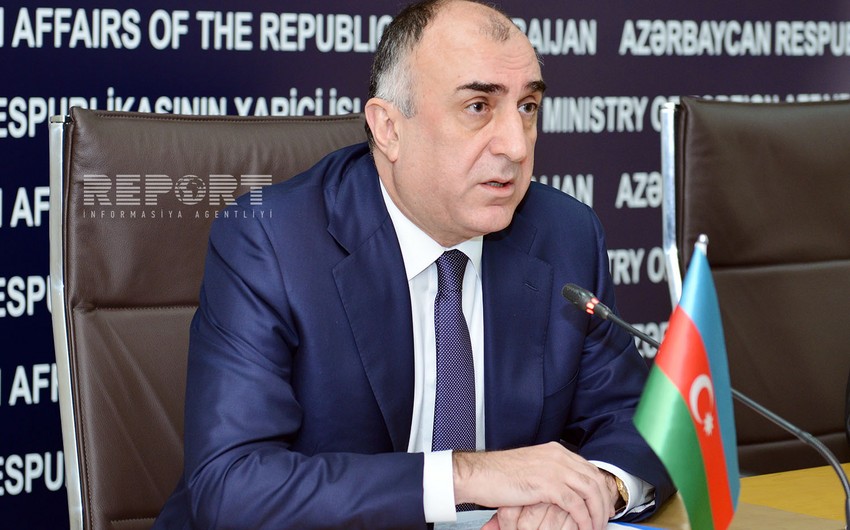 Baku. 18 March. REPORT.AZ/ "I would like to be optimistic, but recent statements of high-level Armenian officials show that Armenia is not interested in resolving the conflict." Report informs that it was stated by the Foreign Minister Elmar Mammadyarov while commenting on the prospects of the negotiation process on the Nagorno-Karabakh conflict.

He recalled that a ceremony of laying the project TANAP was held on March 17 in Kars. The Minister noted that Armenia could also be involved in cost-effective regional projects, but first,  Armenia must leave the occupied territories of Azerbaijan and abandon the aggressive rhetoric.

Commenting on the issue of Azerbaijani hostages in captivity Dilgam Asgarov and Shahbaz Guliyev, Foreign Minister said that the work on their return was being carried out through diplomatic channels. He noted that a number of officials of the EU and the US, including Deputy Secretary of State for European and Eurasian Affairs, Victoria Nuland addressed this issue on her visit to Yerevan.