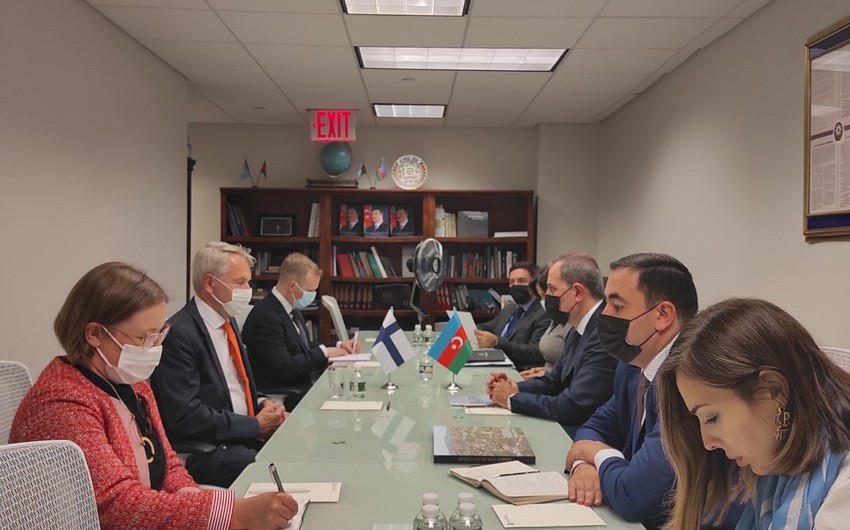 At the meeting, the parties expressed satisfaction with the level of development of bilateral and multilateral cooperation, discussed the prospects for expanding these ties. It was emphasized that there is mutual understanding between Azerbaijan and Finland at all levels.

Minister Bayramov informed his counterpart about the situation in the territories of Azerbaijan, liberated from occupation as a result of the 44-day Patriotic War, targeted large-scale destruction committed there by Armenia, the destruction of historical and cultural heritage, damage to the environment, as well as the mine danger. He noted that despite the aggressive long-term policy pursued against Azerbaijan, Baku is ready to normalize relations with the neighboring state based on the principles of international law.

The parties also exchanged views on cooperation within the OSCE.

Minister Pekka Haavisto expressed his country’s interest in expanding ties with Azerbaijan in various directions and highly appreciated Azerbaijan’s position on normalizing relations with Armenia, stressing the importance of fulfilling the trilateral statement.