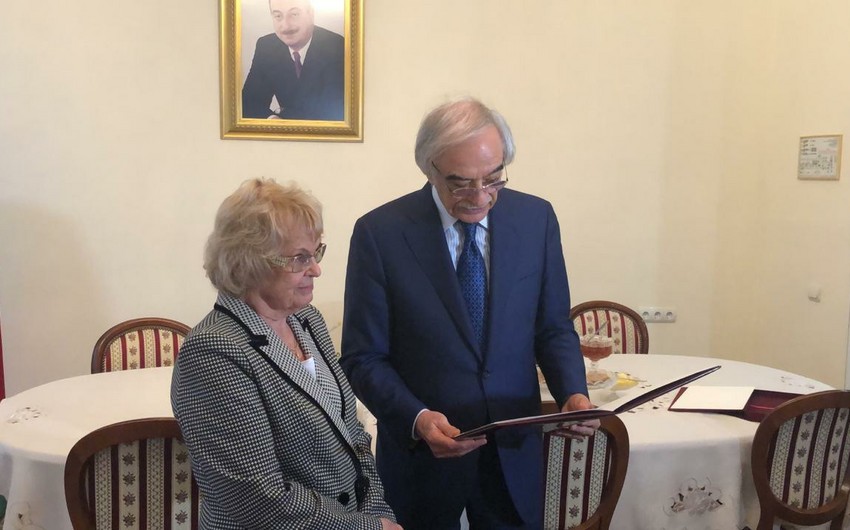 Alevtina Brovkina, a prominent ophthalmologist and member of the Russian Academy of Sciences, was granted at the Azerbaijani Embassy in Russia, Report's Russian bureau informs.

The scientist was given the "Honorary Diploma of the President of the Republic of Azerbaijan" by Ambassador Polad Bulbuloglu for her services to develop scientific relations between the two countries.

The ambassador's congratulatory message said that the world-famous scientist A.Brovkina discovered many advanced treatments for eye diseases and played an essential role in the development of relations between Azerbaijan and Russia in the field of ophthalmology.

On behalf of the embassy, the scientist, who turned 90 this year, was presented with books about national leader Heydar Aliyev and Baku, a scarf made of pure Sheki silk. 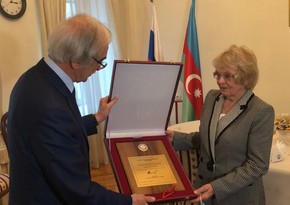 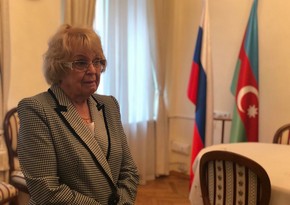 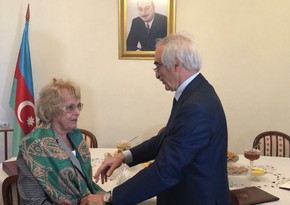 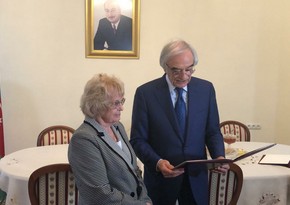 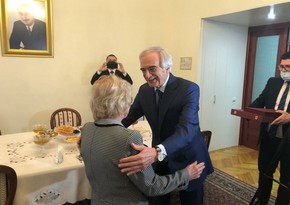