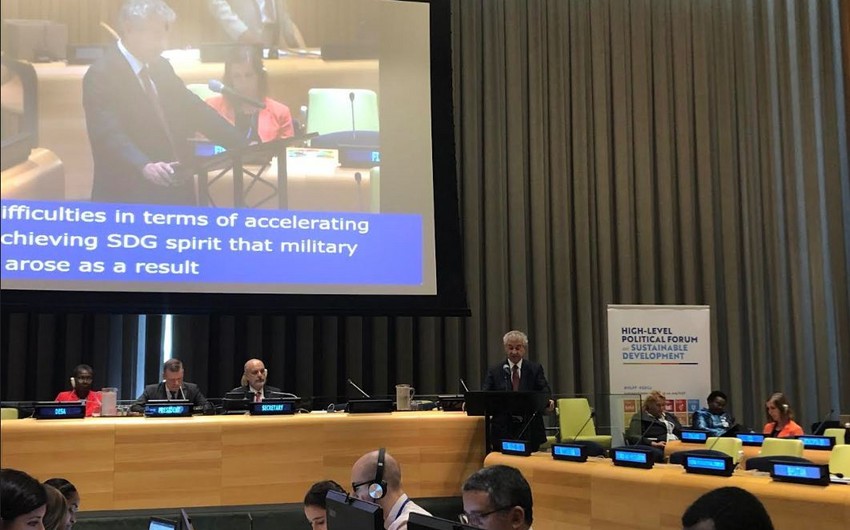 Report informs citing the Cabinet of Ministers that he spoke about the social reforms being carried out in Azerbaijan, providing good level of education in the country, and improving the living standards of the population.

It was noted that over the past 15 years, more than 2 million jobs have been opened, wages and pensions have been repeatedly raised, and the social infrastructure has been significantly improved.

The Deputy Prime Minister informed the international community about the difficulties in achieving the Sustainable Development Goals related to the unresolved Armenian-Azerbaijani conflict. He stressed that as a result of the military aggression by Armenia, 20% of the territory of Azerbaijan was occupied, more than 1 million Azerbaijanis became refugees and IDPs. Ahmadov said that Armenia has not yet implemented any resolutions of the UN Security Council on the Nagorno-Karabakh conflict.