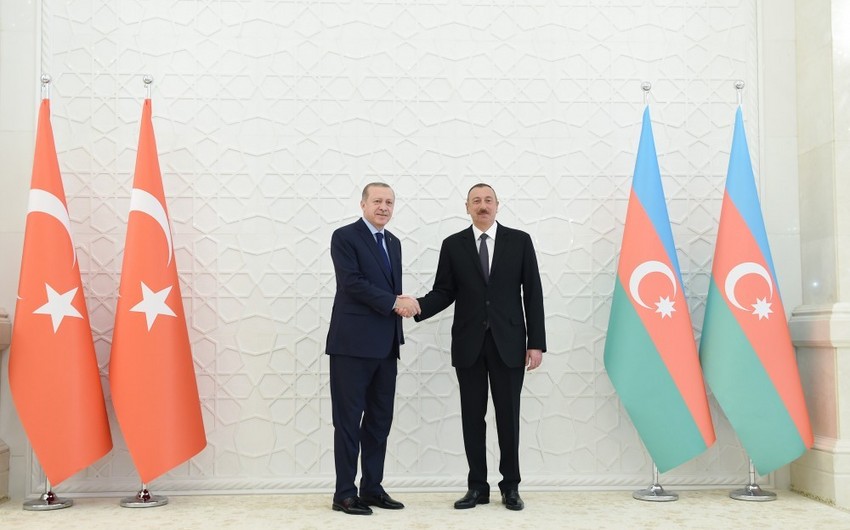 Baku. 25 April. REPORT.AZ/ President of Azerbaijan Ilham Aliyev is on working visit to Ankara and will meet with Turkish President Recep Tayyip Erdoğan.

It was noted that, R.T.Erdoğan will meet President Ilham Aliyev in his residence at noon. Then leaders of the two countries will hold face-to-face meeting. Presidents will discuss the current state and prospects of bilateral relations, key issues in the region and in the international arena.

Following the meeting, the presidents of the two countries will attend the 7th meeting of Azerbaijan-Turkey High-Level Strategic Cooperation Council. After the meeting, documents will be signed between Azerbaijan and Turkey. Then President Ilham Aliyev and Recep Tayyip Erdogan will hold a joint press conference. The meeting will end with an official lunch.