Azerbaijani and Belarus FMs had exchange of letters 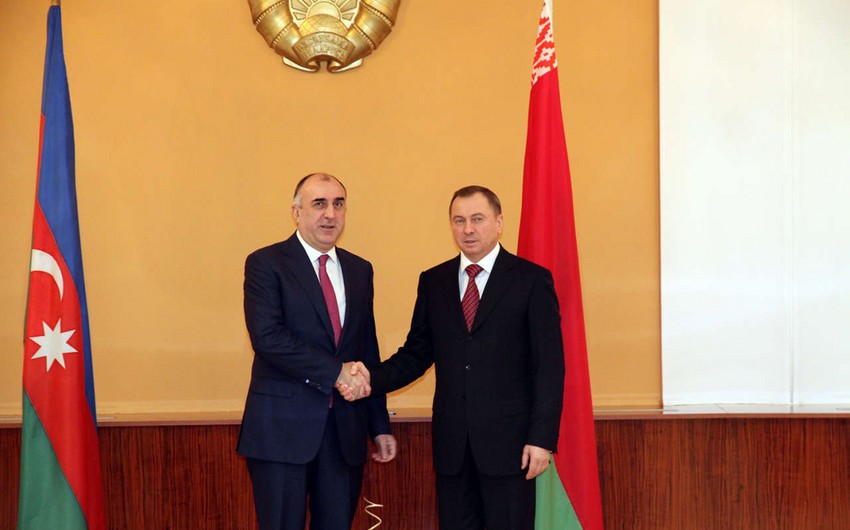 Baku.12 June.REPORT.AZ/ Foreign Minister of Azerbaijan Elmar Mammadyarov and Foreign Minister of Belarus Vladimir Makey had an exchange of congratulatory letters on the occasion of the 25th anniversary of diplomatic relations between the two countries

Report was informed by the Ministry of Foreign Affairs, in his letter, Minister Elmar Mammadyarov congratulated his counterpart Vladimir Makey on the occasion of the 25th anniversary of establishment of diplomatic relations between the Republic of Azerbaijan and the Republic of Belarus.

Noting that this anniversary is remarkable and symbolic for our countries, Minister Elmar Mammadyarov said that close cooperation between our countries has been developing successfully thanks to the wisdom and efforts of the leaders of the two countries.

Elmar Mammadyarov noted in his letter that the good traditions of long-term and productive Azerbaijan-Belarus cooperation on the principles of mutual trust, respect and friendship are a solid basis of the relations between our countries in the modern period.

He said that the bilateral relations characterized by intensive political dialogue, socio-economic relations, mutual support in the international arena and continuous deepening of humanitarian cooperation have reached a strategic partnership level.

Foreign Minister of Belarus Vladimir Makey, in his letter addressed to the Foreign Minister Elmar Mammadyarov, stressed that over the past 25 years Belarus-Azerbaijan relations have been built on the traditions of friendship, mutual understanding and trust, and embraced the political, social, economic and humanitarian spheres.

Vladimir Makey said that high-level and interstate contacts are developing dynamically and a number of bilateral economic projects are being implemented. He also noted that our countries have a similar stance in relation to the challenges and threats that exist in the international arena and mutually support each other.

In his letter, Minister Vladimir Makey expressed his confidence that the Belarus-Azerbaijan relations will be fruitful and meaningful in the future as it is today.

Diplomatic relations between Azerbaijan and Belarus were established on June 11, 1993.