Azerbaijani ambassador presents his credentials to President of Pakistan 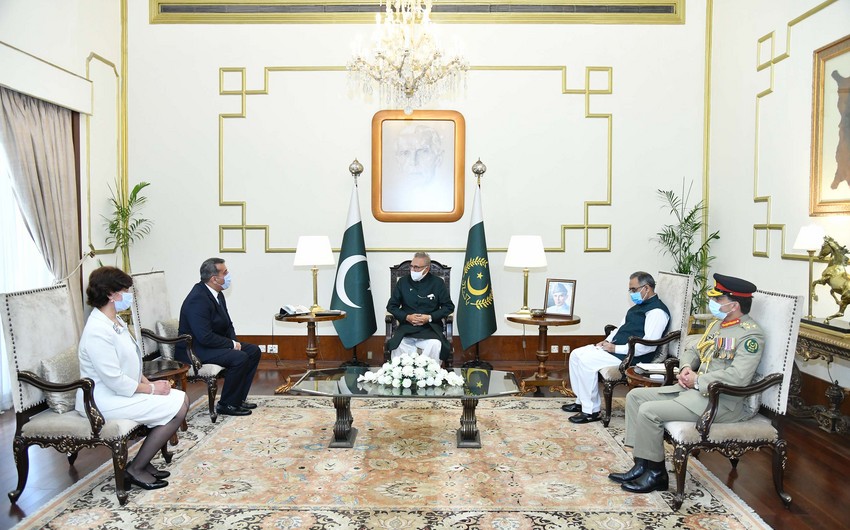 The newly appointed Ambassador Extraordinary and Plenipotentiary of Azerbaijan to Pakistan Khazar Farhadov presented his credentials to President Arif Alvi on September 9, 2021, the Azerbaijani Embassy in Pakistan told Report.

He gave detailed information about the humanitarian and social projects implemented in various regions of Pakistan on the initiative and support of the First Vice President of the Republic of Azerbaijan, President of the Heydar Aliyev Foundation Mehriban Aliyeva.

Khazar Farhadov noted Pakistan's political and moral support to our country during the Patriotic War and thanked the government and people. He added that Azerbaijan supported Pakistan's position on resolving the Kashmir issue based on UN Security Council resolutions.

Congratulating the Ambassador on his appointment, Arif Alvi thanked the President of Azerbaijan for the greetings and asked him to convey his sincere greetings and high respect to the head of state.

The President noted that the humanitarian projects implemented in Pakistan on the initiative and support of Azerbaijan's First Vice-President, President of the Heydar Aliyev Foundation, Mehriban Aliyeva, made a contribution to these relations, as well as expressed confidence that the relations between the two countries will further strengthen and deepen.

President Alvi congratulated the Azerbaijani government and people on the victory in the 44-day Patriotic War and appreciated Azerbaijan's support for Pakistan in the Kashmir issue.

The meeting also stressed the importance of developing cooperation in all areas, especially in the economic and trade spheres, following high-level political relations. 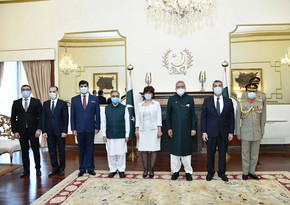