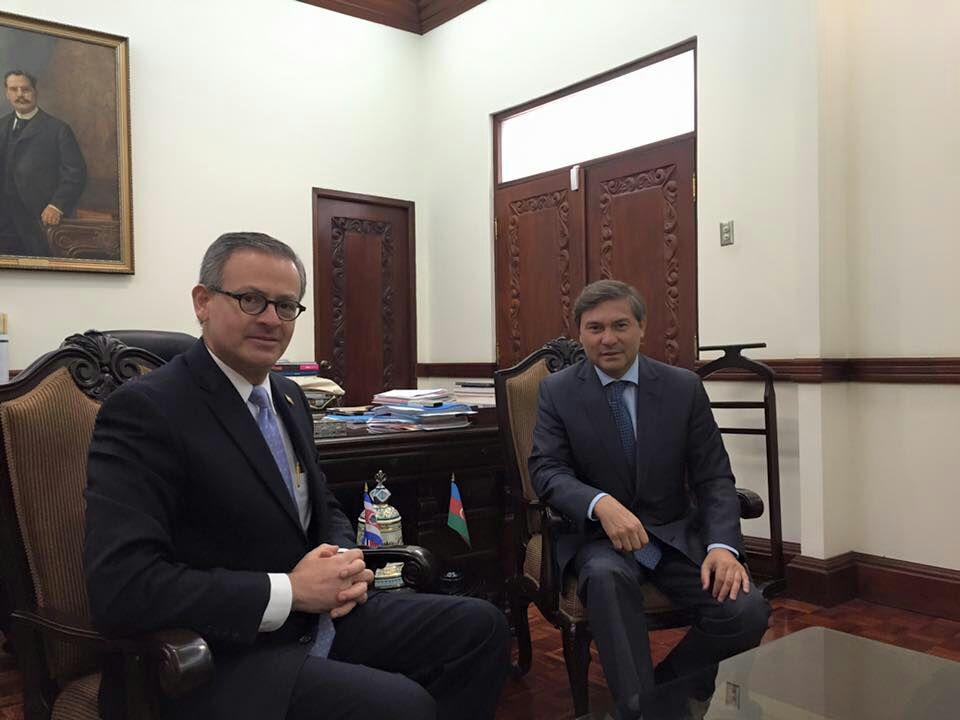 Baku. 13 October. REPORT.AZ/ The Ambassador Extraordinary and Plenipotentiary of Azerbaijan to the United Mexican States, as well to the Republic of Costa Rica, Ilgar Mukhtarov paid a visit to Costa Rica.

Report was told in the Azerbaijani Embassy in the United Mexican States.

During the visit I.Muhtarov met with Minister of Foreign Affairs of Costa Rica Manuel Gonzalez Sanz.

The Ambassador told the political, economic and cultural life of Azerbaijan. The sides expressed confidence that the visit of Manuel Gonzalez in Azerbaijan, planned for October of this year, will make a significant contribution to the development of cooperation between the two countries.

The ambassador spoke about the attitude of Azerbaijan to Costa Rica, and that since 2000 Azerbaijan has the status of permanent observer to the Organization of American States, and the special support of Costa Rica in this matter.

Minister of Costa Rica emphasized the importance of development of relations with Azerbaijan. He said that he was pleased to visit Azerbaijan, and that the visit will open a new page in relations between the two countries, will play an important role in the expansion of cooperation. He noted the importance of political consultations between the foreign ministries of the two countries, which will serve as a mechanism of bilateral political dialogue.

During the meeting the sides exchanged views on regional issues, expressed confidence in strengthening relations between the two countries.