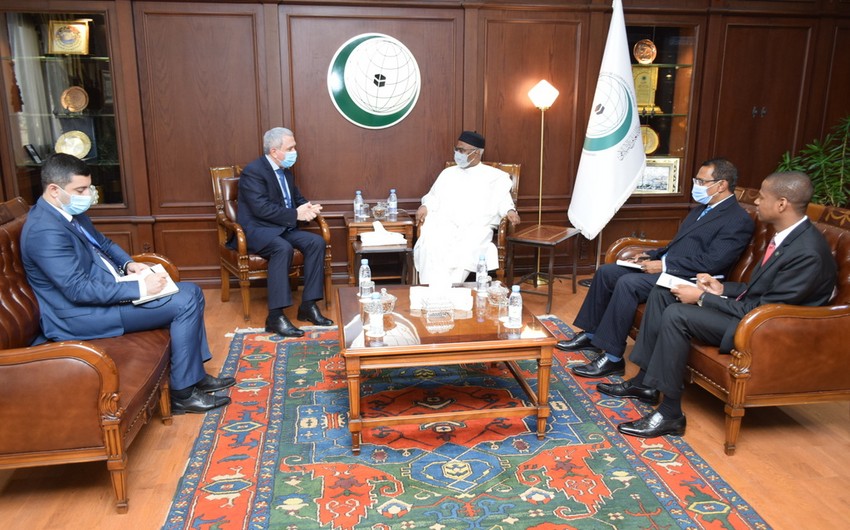 Secretary-General of the Organization of Islamic Cooperation (OIC) Hissein Brahim Taha has received Ambassador Shahin Abdullayev, permanent Representative of the Republic of Azerbaijan to the OIC, Report informs referring to UrduPoint.

Ambassador Abdullayev congratulated the secretary-general on assuming office and expressed the willingness of his country to work closely with him in furthering the joint Islamic action.

The secretary-general reiterated the OIC’s full solidarity with the government of the Republic of Azerbaijan in preserving its sovereignty, territorial integrity and the political independence of the country.