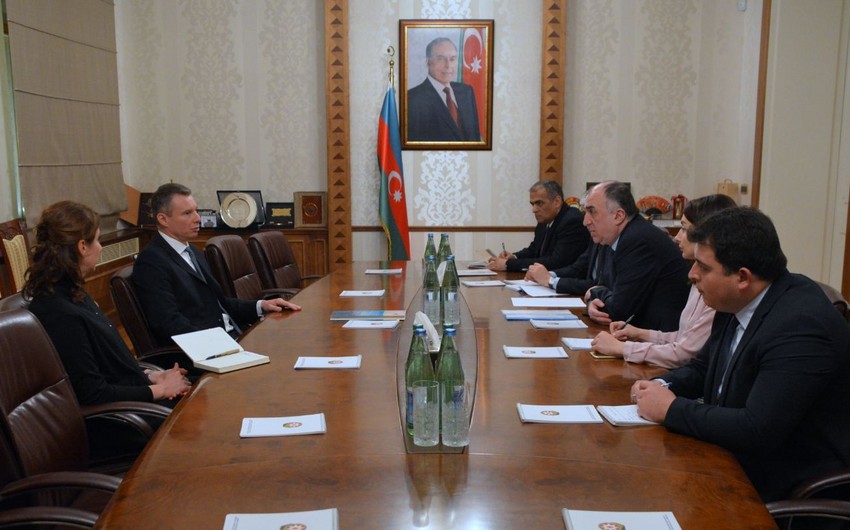 Foreign Minister Elmar Mammadyarov received Vladislav Kanevski, the newly appointed Ambassador of Ukraine to the Republic of Azerbaijan, Report informs citing the press service of the of Azerbaijan.

At the meeting, the sides expressed their satisfaction with the current status of relations and stressed the importance of high level mutual visits in terms of expanding cooperation between the two countries. It was underlined that Azerbaijan and Ukraine always support each other's sovereignty and territorial integrity and stand for the resolution of the conflicts in the region within the framework of internationally recognized borders of states.

Ambassador Kanevski noted that Ukraine is keen on development of cooperation with Azerbaijan in all fields and mentioned that he would spare no efforts on further enhancement of bilateral relations during his diplomatic mission.

During the meeting Ambassador Vladislav Kaneski presented a copy of his credentials to Foreign Minister Elmar Mammadyarov. 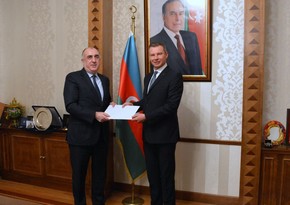