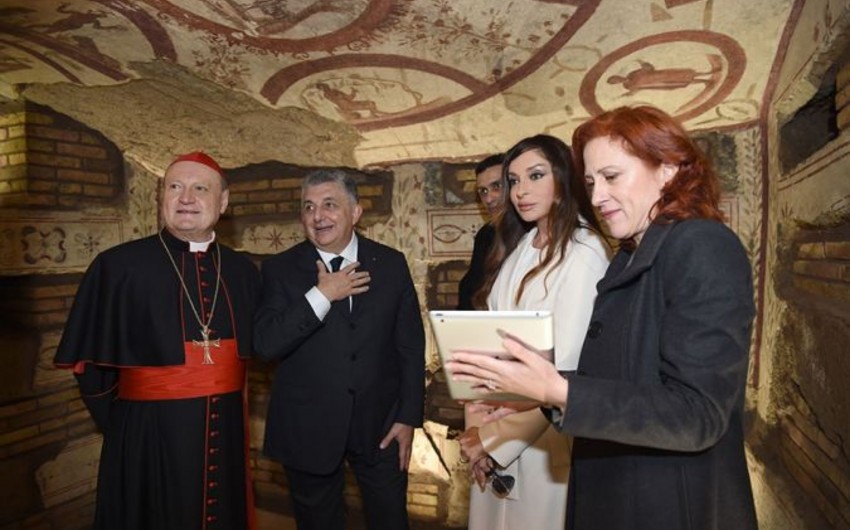 Baku. 24 February. REPORT.AZ/ An opening of the catacombs of Saints Marcellinus and Peter restored with the initiative of the Heydar Aliyev Foundation has been held in Vatican.

Prior, Azerbaijan`s first lady Mehriban Aliyeva attended the presentation on restoring the catacombs of Saints Marcellinus and Peter.

Professor Fabrizio Bisconti thanked Mehriban Aliyeva for her attention to restoration of catacombs of Rome.

The professor highlighted the history of the catacombs, as well as its importance for Christian world.

“We could protect this historical place with the support of the Heydar Aliyev Foundation,” he added.

President of the Pontifical Council for Culture, cardinal of the Catholic Church Gianfranco Ravasi stressed the value of the catacombs of Saints Marcellinus and Peter for world cultural heritage and Christians.

Azerbaijan`s first lady Mehriban Aliyeva addressed the event. The president of the Heydar Aliyev Foundation thanked for kind words. The first lady highlighted the activity of the Foundation in protecting the world cultural heritage and said Azerbaijan was a crossroads of religions and cultures. “As today, representatives of various religions live in Azerbaijan in peace,” the first lady added.

This nineteenth-century palace in Neo-Renaissance style houses one of the world's most important collections of Classical art.

On the four floors of the museum, sculptures, frescoes and mosaics, coins and jewels document the evolution of the Roman artistic culture from the late Republican age through Late Antiquity (2nd c. BCE - 5th c. CE) along an exhibition path in which Ancient Roman history, myths and everyday life live anew.

In the rooms of the ground floor are exhibited splendid Greek originals discovered in Rome such as the Boxer at Rest, the Hellenistic Prince and the Dying Niobid from the Horti Sallustiani as well as portraiture of the Republican and Imperial ages, culminating in the statue of Augustus Pontifex Maximus.

Then the opening of the catacombs of Saints Marcellinus and Peter has been held.

Azerbaijan`s first lady Mehriban Aliyeva and cardinal Gianfranco Ravasi cut the ribbon the symbolizing the opening of the catacombs.

The Catacombs of Marcellinus and Peter are ancient catacombs. In 2006, over a thousand skeletons were discovered in these catacombs; the skeletons were stacked one on top of each other and still bore the togas they were buried with.

The Catacombs of Rome are underground burial places under Rome, Italy, of which there are at least forty, some discovered only in recent decades. Though most famous for Christian burials, either in separate catacombs or mixed together, people of all the Roman religions are buried in them, beginning in the 2nd century AD, mainly as a response to overcrowding and shortage of land. The Etruscans, like many other European peoples, used to bury their dead in underground chambers.

A bilateral agreement was signed between the Heydar Aliyev Foundation and Vatican on restoration of Roman catacombs in 2012. The Italian media and society appreciate the Foundation`s step as one of the important contributions to development of inter-religious and intercultural dialogue. 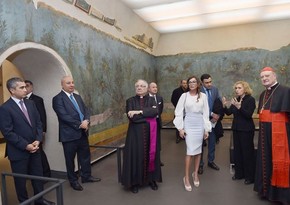 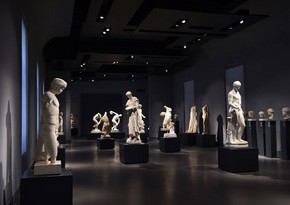 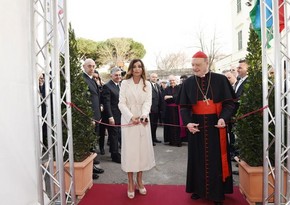 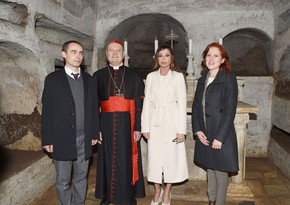 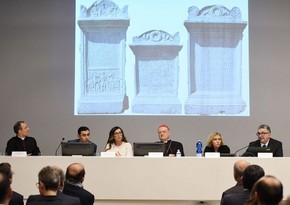 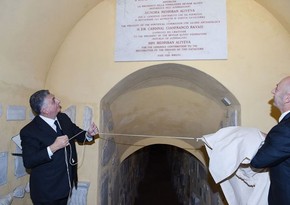 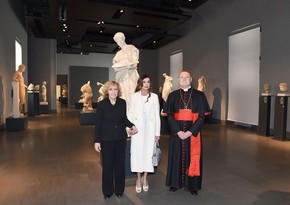 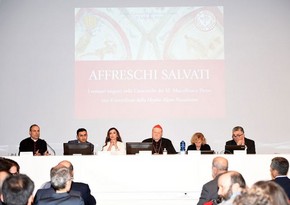 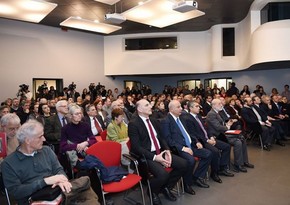 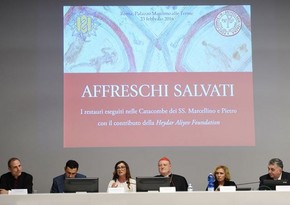 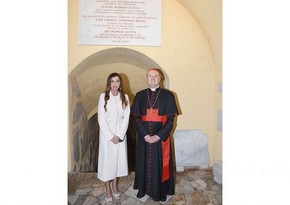 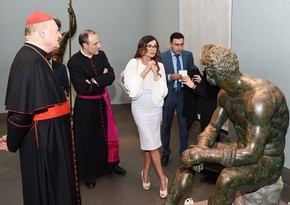 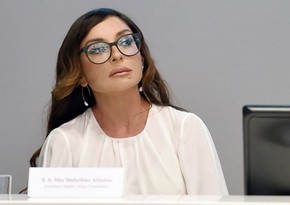