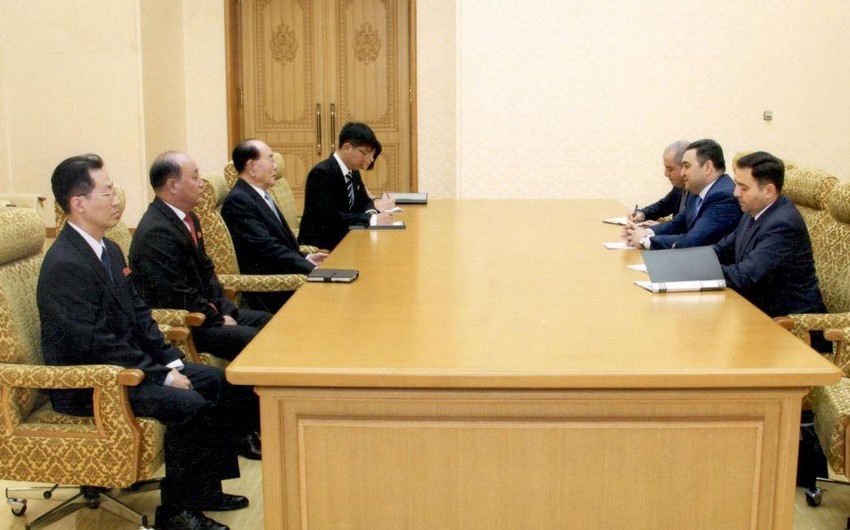 Report was told in the press service of the Azerbaijan Ministry of Foreign Affairs.

After presenting his credentials, ambassador Akram Zeynalli met with Chairman of the Presidium of the People's Democratic Republic of Korea, Kim Yong -nam.

During the meeting, the sides discussed issues of bilateral relations between the Republic of Azerbaijan and the DPRK, the Armenian-Azerbaijani Nagorno-Karabakh conflict, cooperation under the chairmanship of Azerbaijan in the Non-Aligned Movement in 2019-2022, the steps taken to ensure peace and stability in the Korean Peninsula, as well as other issues of mutual interest.