Korean ambassador: Azerbaijan has big potential for development of cooperation 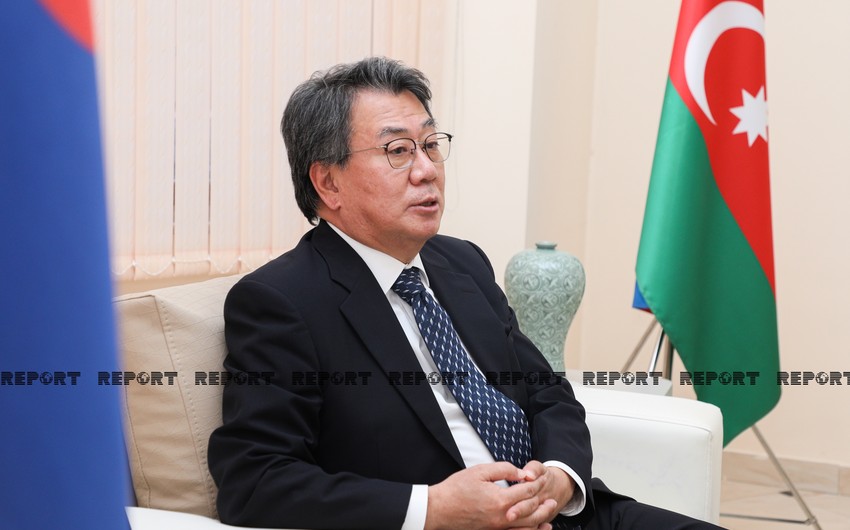 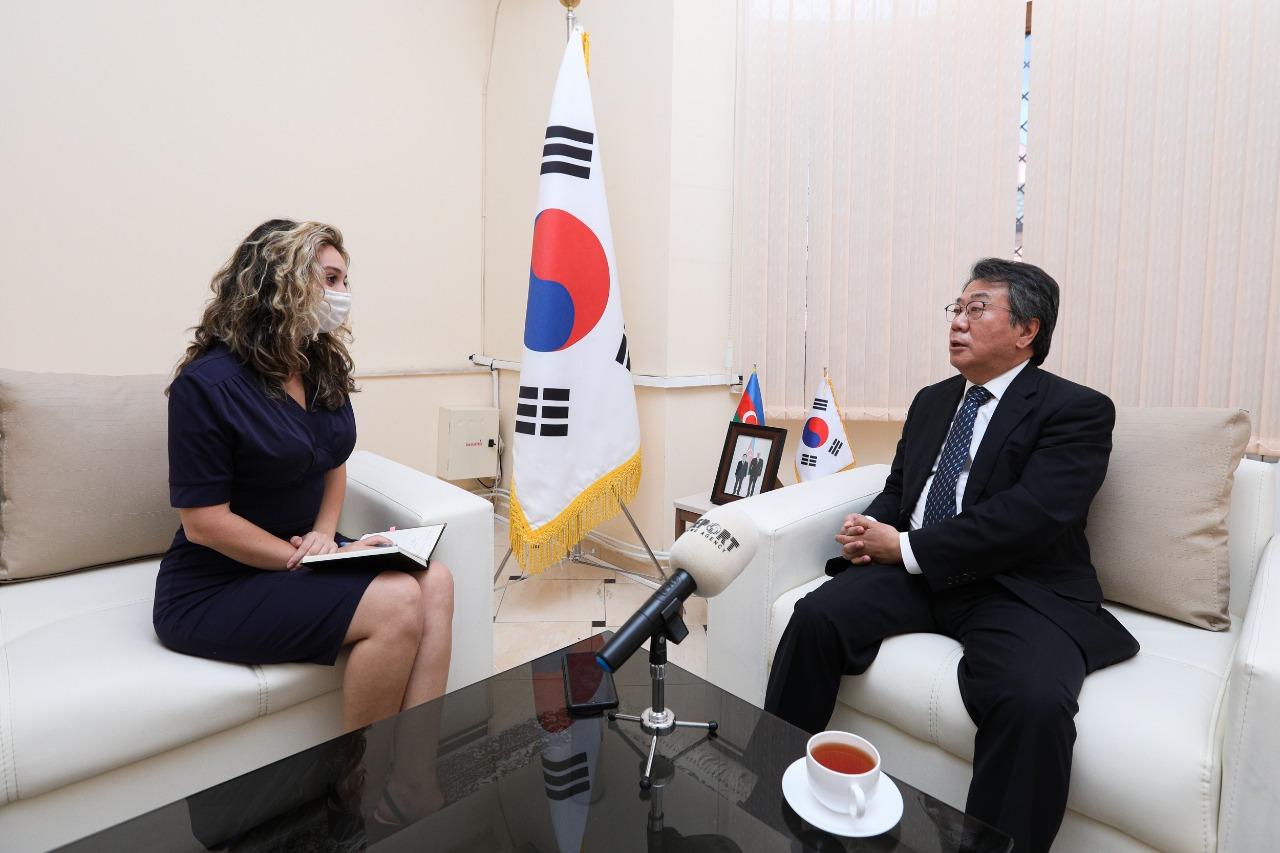 According to him, the Caucasus region, especially Azerbaijan, is one of the most interesting areas for Korean companies because Azerbaijan is rich in natural resources and has big potential for further and continuous development of cooperation.

"Azerbaijan is rich in natural resources, which South Korea is very poor at but good at doing business. Especially in the energy and natural resources related areas, we see big potential," said the ambassador.

As an example, the ambassador listed a couple of joint projects, including the participation of Korean companies in the SOCAR GPC project.

"We always see the possibilities to participate in any projects which are announced by Azerbaijani government or SOCAR," said Kim Tong Op. 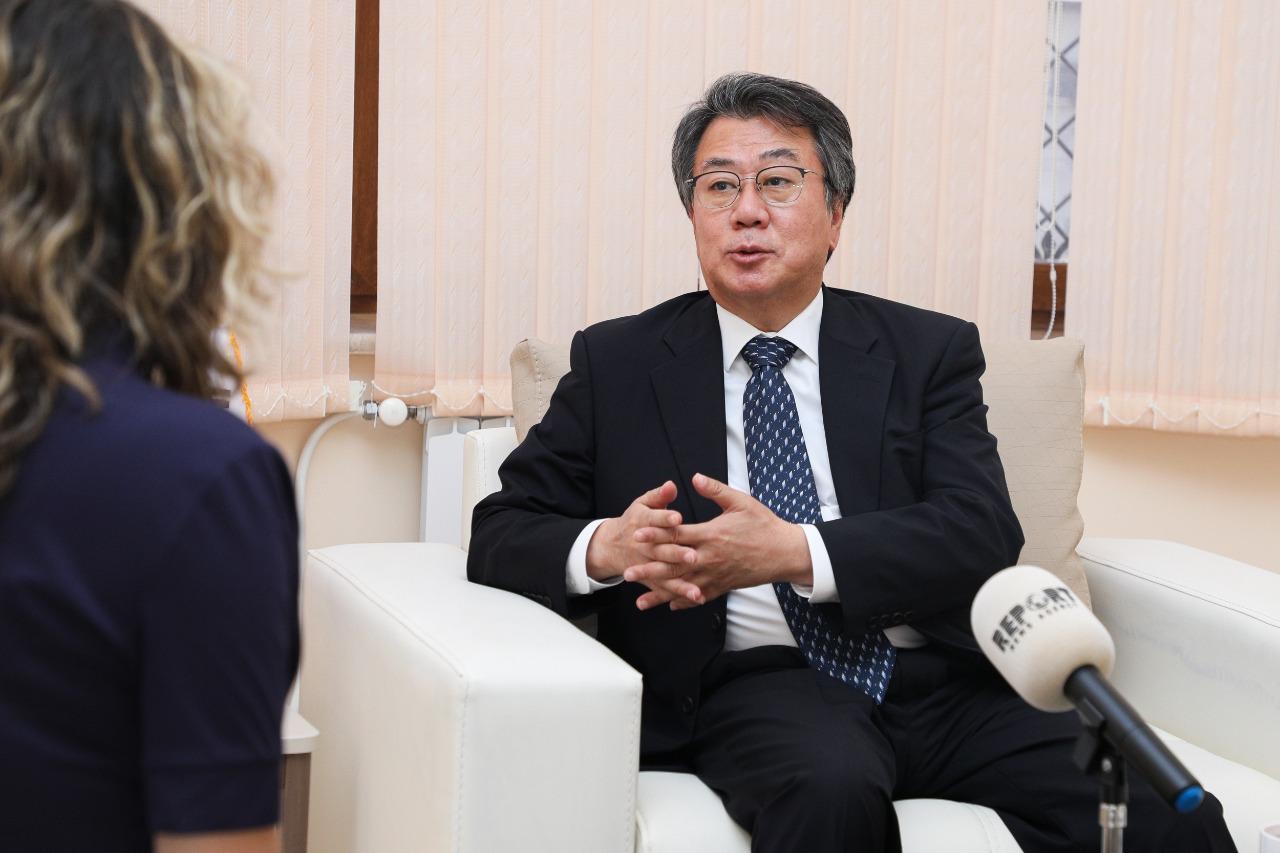 He noted that it's hard to identify only one sector for cooperation because they are all as important as the economic sector.

"I always put great emphasis on the human exchanges: like scholarship programs, student exchange programs. It's very good to see that these programs are developing between our two countries," Kim Tong Op added.

Regarding the development of relations in the political sector, the ambassador highlighted the recent visit of the delegation led by the Speaker of the National Assembly of the Republic of Korea Park Byeong-seug, who was received by President of the Republic of Azerbaijan Ilham Aliyev. He noted that by doing this, the President of Azerbaijan showed great interest in developing the relations between S.Korea and Azerbaijan. 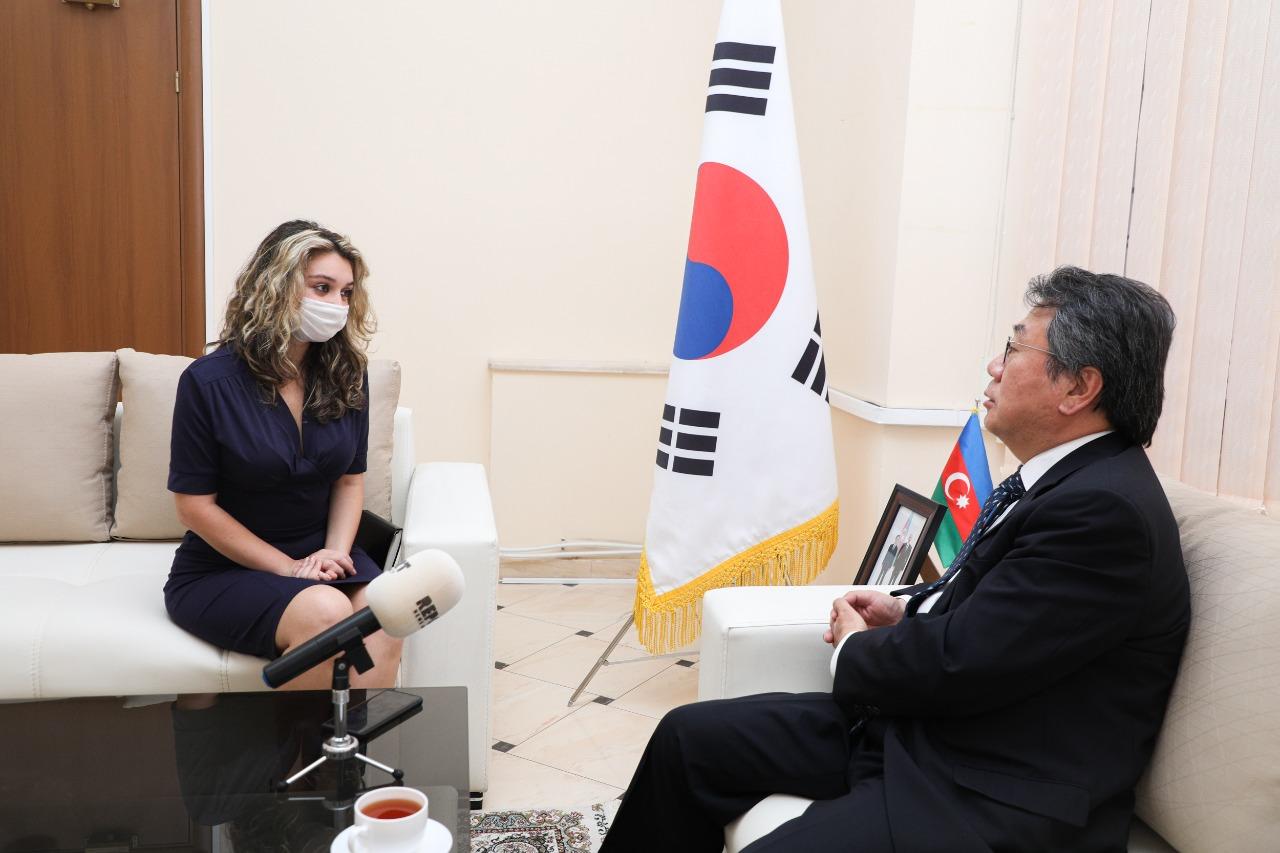 According to the ambassador, most of the projects between the countries are between separate businesses, with governmental support.

In addition, Korean Inha University already signed an agreement of a dual degree recognition program with Baku Engineering University a year ago. The program has already started last September. So there're a lot of Azerbaijani students who learn Korean culture and language.

Regarding the impact of the pandemic on the cooperation between the two countries, the ambassador said that tourism was most directly affected by COVID-19.

He noted that when the COVID-19 situation is over, the tourism sectors must be the sector that will be strongly and quickly recovering. 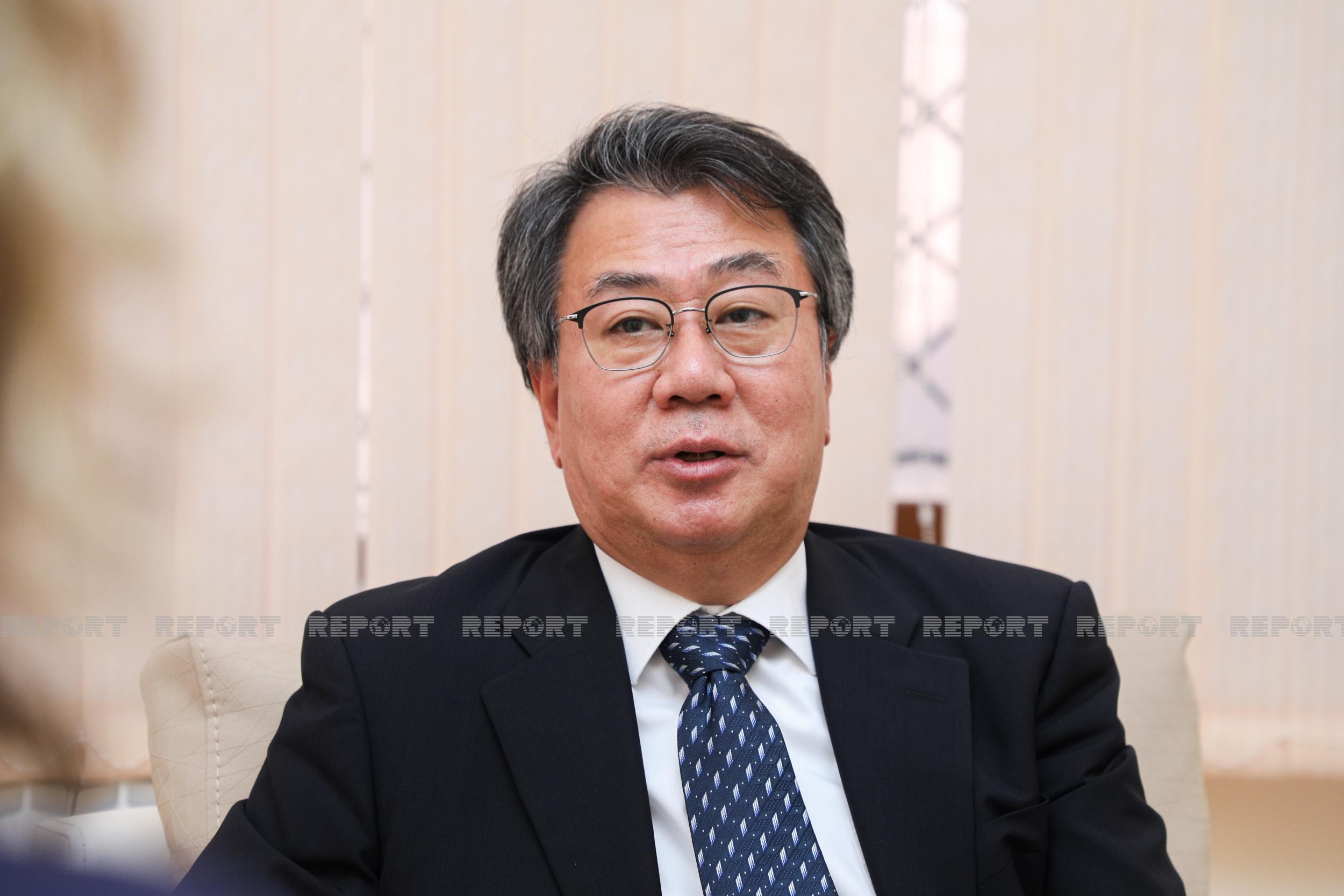 "COVID-19 is still not over, so it's a bit early to talk about the post-pandemic situation. The recent visit of Speaker of the National Assembly of the Republic of Korea Park Byeong-seug to Azerbaijan showed that as soon as the time comes, we're ready to normalize our cooperation projects and exchange programs," added the ambassador.

"This means we can expect very good results soon. The Azerbaijani government puts high importance on this project, and we also join these efforts. Whenever the Korean companies request any information for the participating in any project, the embassy provides it," said the ambassador Kim Tong Op.

The ambassador said that at the beginning of July 2021, he visited Shusha, as well as saw the construction site of Fizuli International Airport.

"It will take hours to describe my impressions. First of all, it was very encouraging to see that so many Azerbaijanis are working on construction projects against a very dangerous situation. It was a unique opportunity to see the most beautiful city of Karabakh," said the ambassador regarding Shusha.

As for Fizuli airport, he noted that by launching the first test flight on September 5, 2021, Azerbaijan showed that it's doing its best to realize its promise.

"It makes all the foreign countries increase their trust in Azerbaijani government and people. Azerbaijan showed that you do what you say you would," he concluded.