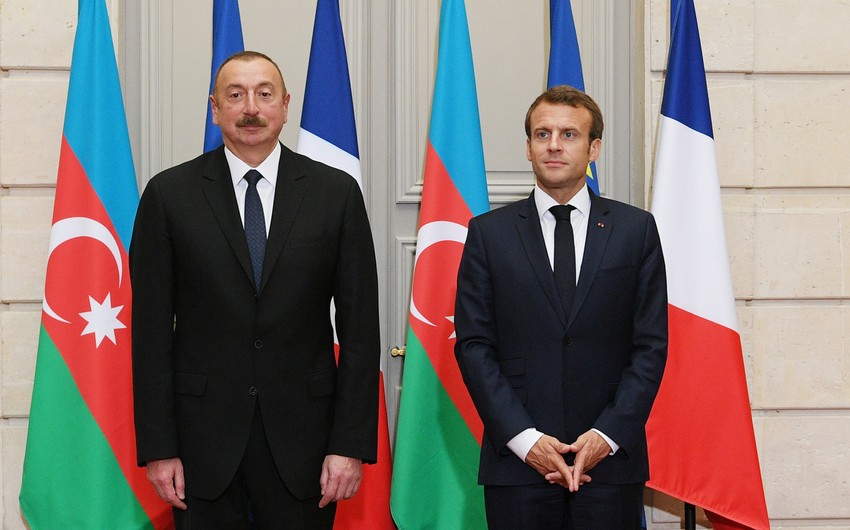 Emmanuel Macron expressed his country’s concern over the armed confrontation on the line of contact between Armenia and Azerbaijan and stressed the importance of resolving the conflict through negotiations.

During the telephone conversation, the president highlighted the course of events related to the ongoing military provocation committed by Armenia against Azerbaijan on September 27, noting that our civilians and our servicemen were killed as a result of heavy artillery fire on the positions of the Azerbaijani armed forces and settlements along the frontline, and the Azerbaijani Armed Forces are conducting successful counter-offensives in response.

The Azerbaijani President noted that the political and military leadership of Armenia bears responsibility for the further development of events related to the military provocation of Armenia.

During the telephone conversation, the sides agreed to establish contacts through diplomatic channels.