Hikmat Hajiyev: Azerbaijan expects the EU to be more involved in a number of issues in energy and trade 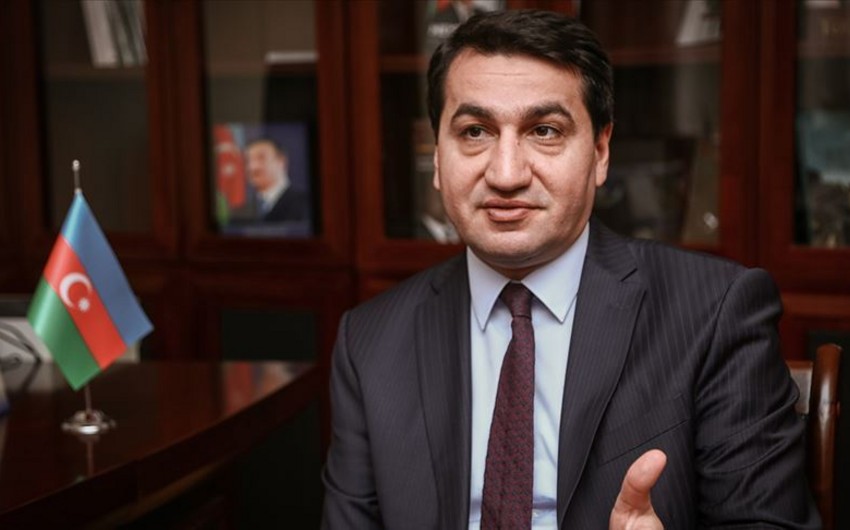 "Almost 90% of the agreement has already been completed, but we expect the European side to be more involved in energy and trade issues."

"The and Azerbaijan are closely cooperating in the areas of security, transport, and energy. Azerbaijan and the EU are strategic partners mainly in the field of energy," Assistant to the President of the Republic of Azerbaijan and Head of Foreign Policy Affairs Department of the Presidential Administration Hikmat Hajiyev said in his interview with Euroactive.

"This year is particularly important for both of us: in the middle of summer, Azerbaijani gas delivered via TAP and TANAP will physically be on the territory of EU. And we will complete the final portion of the TAP project," Hajiyev said.

According to him, official Baku is currently negotiating with the European side to develop a new partnership agreement with the EU.

And there are certain fundamental areas, we have a lot of different views, but both sides have a constructive engagement to narrow this gap. Almost 90 percent text of the agreement has been finalized. But there are energy issues and also trade issues, we are looking for more engagement on the side of the European Union, but they should not take a preferential position or in other words offensive trade approach with regard to the agreement and based on that understanding with the belief that we can move forward."

The Assistant to the President noted that Azerbaijan is strategically important for the EU, as it is at the stage of internal reforms and gives preference to economic initiatives.

"The agreement should be prepared and assessed so that it should meet the requirements of both sides. It should be mutual and beneficial for all," Hajiyev said.