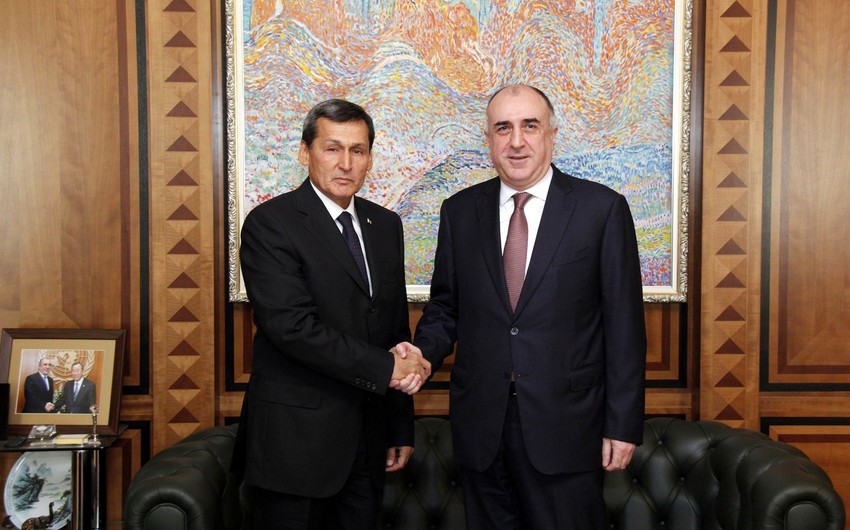 The sides underlined the importance of traditional cooperation between the two neighboring countries and pointed out that the priorities of the development of the Azerbaijani-Turkmen relations were determined by the heads of state.

In this regard, Meredov thanked President of Azerbaijan Ilham Aliyev for the reception during his visit to Baku.

Mammadyarov who appreciated the role of such consultations also said that these events create a great opportunity to coordinate their relations in a wide range of bilateral issues.

Mammadyarov expressed gratitude to Turkmenistan for its support on various issues, especially to the territorial integrity and sovereignty of our country in international organizations in the context of the Armenian-Azerbaijani conflict.

The sides also exchanged views on mutual support within the framework of international organizations, expansion of the legal framework between the two countries, as well as other regional and international issues of mutual interest.

The Ministries of Foreign Affairs of the Republic of Azerbaijan and Turkmenistan signed a cooperation program for 2019-2020 at a ministerial level on the outcomes of the consultations.