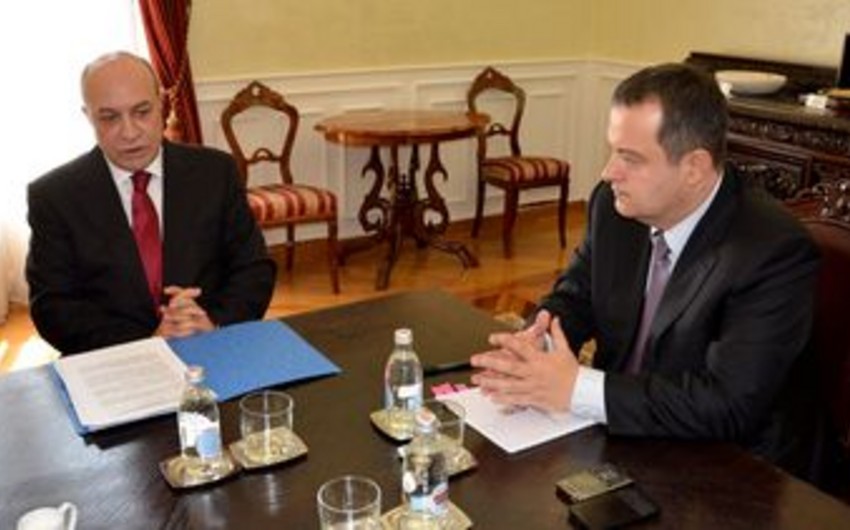 Report informs citing the official website of the Serbian Government, during the meeting on April 9, the sides discussed issues of bilateral relations and economic and energy cooperation between the two countries.

"During the discussion, it was noted that the forthcoming visit of Serbian Prime Minister Alexander Vucic to Baku is a great opportunity to further strengthen relations in accordance with the Declaration on friendship and strategic cooperation between Serbia and Azerbaijan", stated the press service of the Serbian Government.