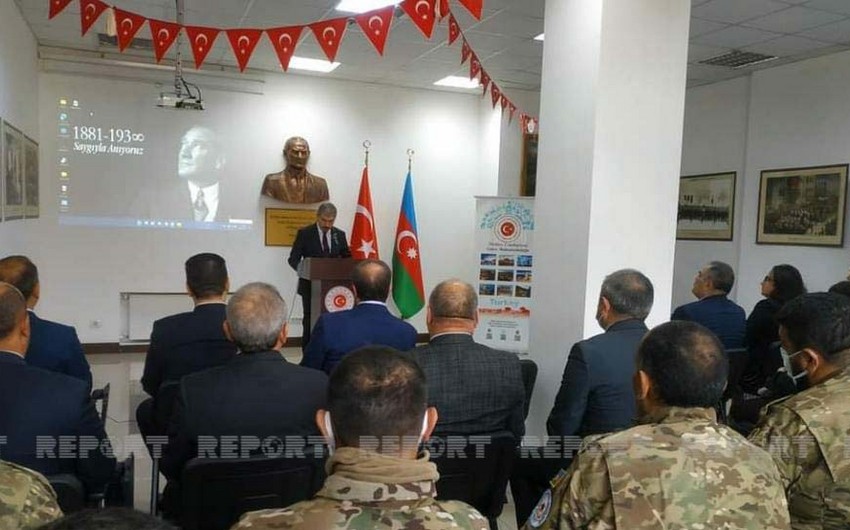 A commemoration ceremony was held at the Nuri Pasha Hall of the Turkish Consulate General in Ganja on the 83rd anniversary of the death of Mustafa Kemal Ataturk, the founder of the Turkish Republic.

The event was attended by the diplomatic mission staff, the head of the Ganja City Executive Power, MPs, officials, city intellectuals and scientists of the Aegean University, and Turkish students studying in this city.

The speakers talked about Ataturk's life and remembered him with gratitude.

Gazi Mustafa Kemal Ataturk passed away on November 10, 1938, at the Dolmabahce Palace in Istanbul. His body was temporarily buried in the Ethnography Museum of Ankara on November 21 and was moved to a mausoleum on November 10, 1953, after its construction. 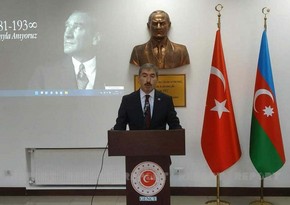 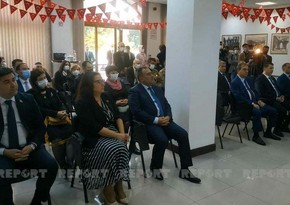