​Astana hosts meeting of foreign ministers of the Caspian countries 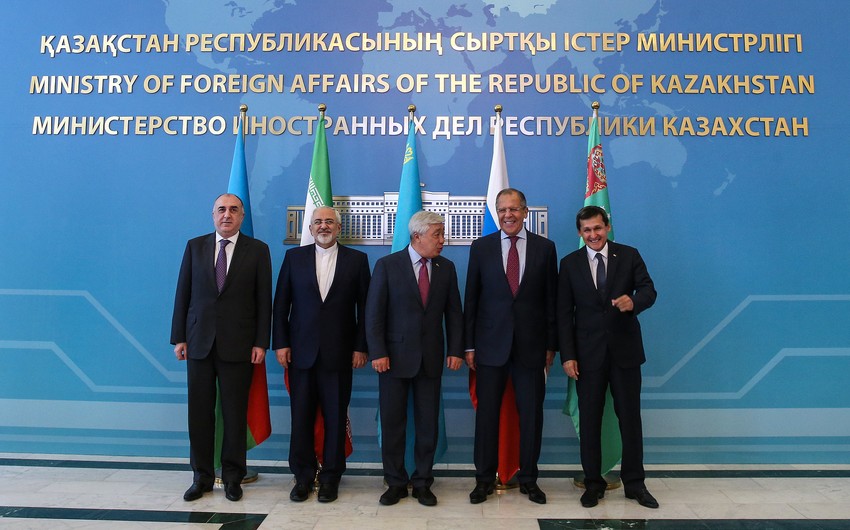 Baku. 13 July. REPORT.AZ/ The capital of Kazakhstan, Astana hosts meeting of the Foreign Ministers of the Caspian states.

Report informs citing Kazinform, opening the event, the head of the Kazakh Ministry of Foreign Affairs Erlan Idrisov said that the meeting in this format is held in Kazakhstan for the first time and marks an important stage of preparation for the fifth Summit of the ‘Caspian Five’.

"Despite a solid legal basis, ‘Caspian Five’ intends to further increase the pace of development of international treaties in various fields. This first of all refers to the issues of preparation of inter-agency protocols on the cooperation agreement in the field of security in the Caspian Sea in various directions among the competent authorities", said Mr. Idrisov.

"To date, parties consider a number of draft agreements. According to the preliminary agreement, the progress of the work on the five-sided industry documents will be one of the issues on the agenda of our meeting", he pointed out.