Assistant to President speaks about Azerbaijan's experience in information war

Assistant to President speaks about Azerbaijan's experience in information war The summit organized by Turkey is of great importance. It is crucial to deliver strategic communications in a coordinated and consistent manner in the modern world. 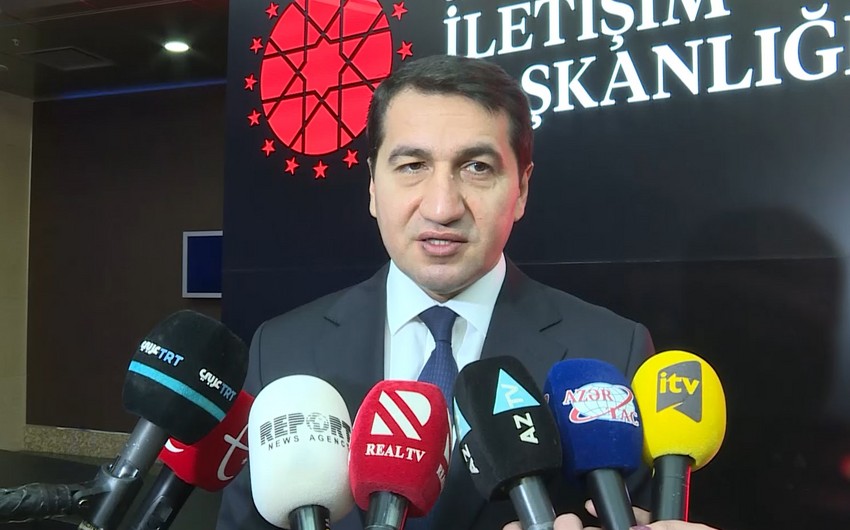 "The summit organized by Turkey is of great importance. It is crucial to deliver strategic communications in a coordinated and consistent manner in the modern world. Azerbaijan's experience in this regard was presented to the conference participants," Hikmat Hajiyev, Assistant to the President of Azerbaijan - Head of the Foreign Policy Department of the Presidential Administration said on the International Strategic Communications Summit - Stratcom 21 in Istanbul.

He said that the war started by Armenia against Azerbaijan was accompanied by hybrid elements and carried out through misinformation and false news.
The presidential aide stressed that this issue also applies to the early 1990s:

"Even though Azerbaijan was right, attempts were made to embarrass our country and present lies to the international community during this conflict. In my speech at the event, comparing the First and Second Karabakh Wars, I brought to the attention of conference participants the importance and methodology of strategic communication conducted throughout the Patriotic War under the leadership of President Ilham Aliyev. During the Patriotic War, President Ilham Aliyev gave interviews to more than 30 media outlets worldwide. Those interviews lasted for hours. At the same time, it matters that the head of state held direct dialogue with the people of Azerbaijan, informed the people about the events on the frontline, and presented the realities through television. We also shared our experience in the field of social media activities carried out by the President and the implementation of communication throughout the country in a coordinated manner, without any disagreement."